G-Mac back in the game 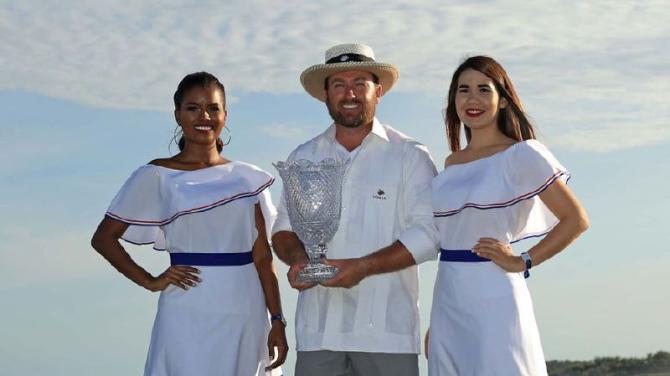 PORTRUSH golfer Graeme McDowell has put himself right back in contention for a place at this summer’s 148th Open at Royal Portrush following a dramatic first PGA Tour victory in four years at the weekend.

The Rathmore club man held his nerve superbly in the closing stages of the Corales Puntacana Resort and Club Championship to see off Canadian Mackenzie Hughes and American Chris Stroud in a thrilling climax.

The win, McDowell’s first since 2015, gives him a two year exemption on the PGA Tour and sees him leap from 257th in the world to inside the top 150.

More importantly, it reignites a career which had appeared to be in the doldrums, with the 2010 US Open champion now firmly on course to be in the field when The Open returns to his home town in just a couple of months’ time.

Afterwards, an emotional McDowell paid tribute to all those who had stood by in recent times including his family, sponsors, caddy and supporters and hinted that the victory had been coming.

*Read the full story inside this week's Chronicle