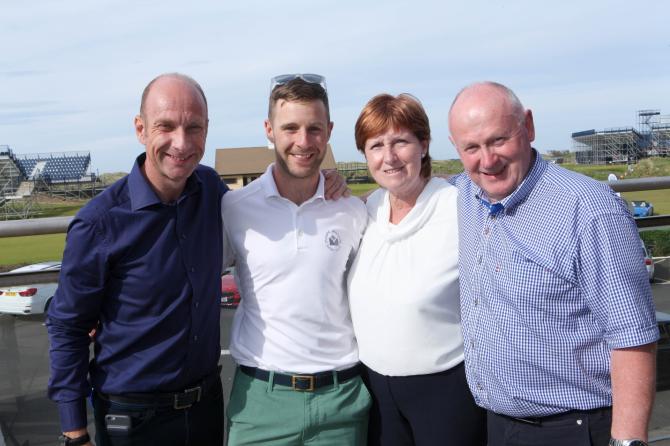 STARS from the worlds of bikes and football and a number of other sports have taken part in the annual charity golf day as part of the International North West200.

Chief among them was four-time world superbike champion Jonathan Rea, a man who enjoys long links to the north coast.

Former NI soccer international John O'Neill was also in fine form, claiming the prize for longest drive by a celebrity.

A large number of teams competed in the event - with the main team prize going to a group of locals including Coleraine-based accountant Roger Dallas, Coleraine estate agent Dan Henry and Coleraine insurance agent Gary McClarty.

However, the main winner on the day was the nominated charity.

To see all the pics, get this week's Chronicle.