Sugrue qualifies for The 148th Open 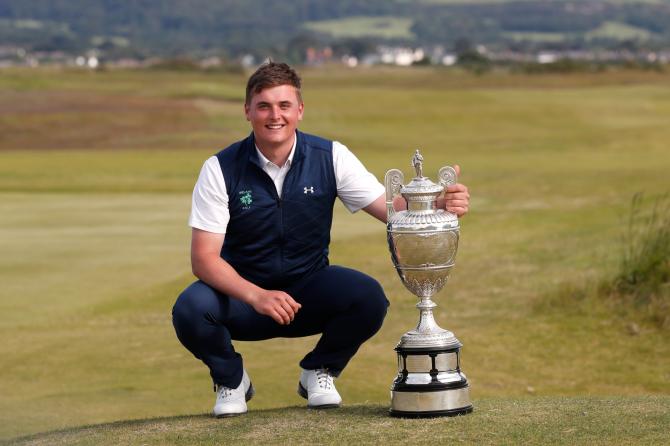 NEWLY crowed Amateur champion James Sugrue admits he 'can't wait' for The 148th Open after gaining a place in the tournament at the weekend.

Sugrue's victory in the Amateur Championship at Portmarnock earned him an invite to next month's major at Royal Portrush Golf Club.

"I can't wait, it's unreal," admitted the Irishman , who defeated Scotland's Euan Walker in an exciting final.

"I'm really looking forward to it. I love Portrush - it's probably one of my favourite links courses, second to Portmarnock."

Meanwhile, two more players booked their places at The 148th Open following strong performances at the KOLON Korea Open at the weekend.

Innchoon Hwang and Dongkyu Jang are on their way to Northern Ireland as The Open returns to these shores for a first time in almost 70 years.