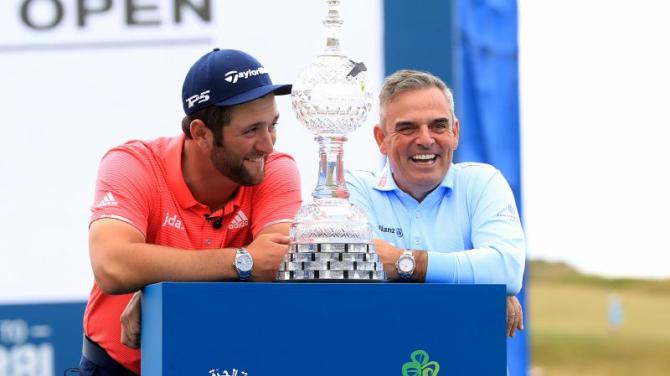 PORTRUSH - brace yourself, Jon Rahm is on his way!

The big Spaniard claimed a second Dubai Duty Free Irish Open title at Lahinch on Sunday and immediately set his sights on The 148th Open at Royal Portrush.

A popular figure among Irish golf fans, the 24-year-old said he retained good memories of the resort from his victory in the 2017 Irish Open at neighbouring Portstewart Golf Club.

“I can't wait to go to Portrush and visit the Harbour Bistro like I did every single night like I was there,” admitted Rahm in the aftermath of his victory in county Clare.

“I'm sure I'll see a lot of people again and hopefully enjoy the week and play the best Open I've played so far.

“I'm going into the Open Championship with a lot of confidence. It's the only major I haven't had a good performance at and I want to.

“I'm going to go to Portrush with a lot of good memories and good vibes. I'm going to have huge support from the crowd and hopefully I can keep my good golf going into Northern Ireland,” he added.