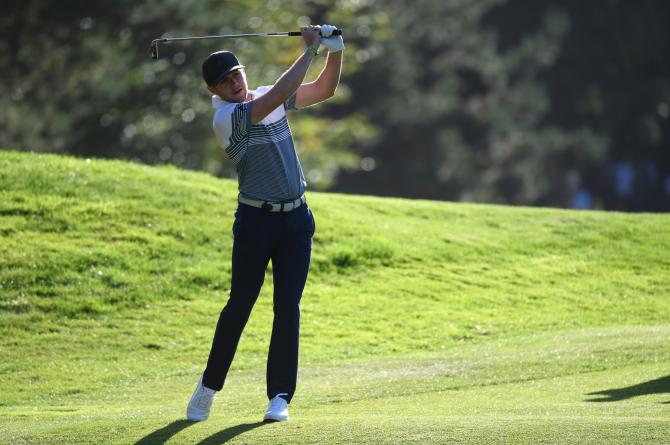 Niall Horan says he is proud to work alongside The R&A.

THE R&A is launching a new video series which has been created for junior golfers to learn about the Rules of Golf and improve their enjoyment of the sport by understanding how to apply them on the course.

The Rules Skool Open features ten episodes and each instalment follows the progress of featured player George Harper Jnr as he gets to grips with the Rules of Golf when faced with a number of different situations during the championship.

Claire Hargan of The R&A’s Rules team joins the commentary to explain how the Rules are applied in each situation while her colleague Conor Finlay becomes ‘Conor on Course’ to provide practical demonstrations for young golfers to build their knowledge and understanding of the Rules.

It will be premiered on The R&A YouTube channel at 4pm on Wednesday and then available to watch via RandA.org and updated Rules of Golf App.

Grant Moir, Director - Rules at The R&A, said: “We have created an entertaining and light-hearted video series that introduces the Rules of Golf to a younger audience in a new and fun way which will help junior golfers learn the key Rules and how they are applied on the golf course.

“We know from research that most young people prefer to learn from watching videos and this series will support junior golfers in developing their understanding of the Rules, making them more confident out on the golf course and adding to their enjoyment of the sport.”

Viewers can test their knowledge of the Rules by answering quiz questions that accompany the videos via RandA.org and the Rules of Golf app.

The organisation is also collaborating with its affiliated national federations and other golf bodies to encourage junior golfers to watch the series and learn about the Rules of Golf. A digital pack which includes practical advice and resources for junior golf organisers is also provided via RandA.org.

The series was developed using research with junior golfers in which they provided feedback about their experience of learning about their hobbies, including golf, and their preferred methods to do so, with video being the most popular response. Over 75% of those who participated in the research also said it was very or extremely important to know the basics of the Rules.

Just last week it was revealed that The R&A has appointed Modest! Golf to work on designing and developing a series of future grassroots programmes aimed at inspiring more young people into golf and retain them within the sport.