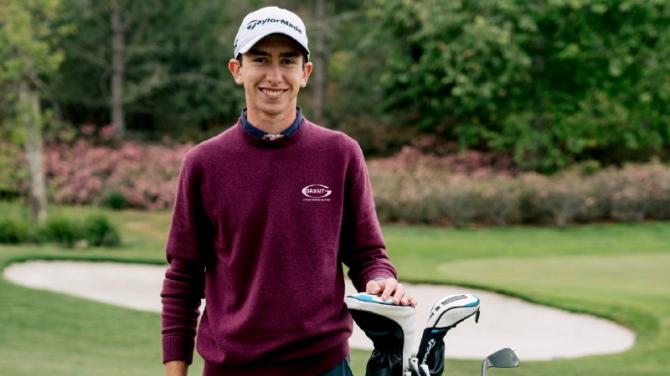 McKibbin has been making headlines for several years as a sensational amateur golfer, who has won prestigious tournaments around the world and represented Ireland from a young age.

In April, the 18-year-old turned professional and made his professional debut at the Tenerife Open on the European Tour.

McKibbin will compete in several European Challenge Tour and full European Tour events for the remainder of the season.

The Belfast golfer played out of Holywood Golf Club, the same club as Rory McIlroy and is now embarking on his own professional journey in the paid ranks.

“I am delighted to become one of the touring professionals for Ireland’s premier Spa & Golf destination. I have a long-standing relationship with the team, who have been extremely supportive of me during my amateur career so this partnership was a natural fit as I embark on my professional journey. The facilities are internationally renowned and it is an honour to be associated with a prestigious brand like Galgorm.” explained McKibbin.

The 2020 Dubai Duty Free Irish Open was held at Galgorm and The Resort also boasts a luxurious hotel with a range of accommodation, several restaurants and the awarding-winning Thermal Spa Village.

“I have competed at Galgorm many times as an amateur in events like the Northern Ireland Open and the 2019 ISPS HANDA World Invitational. Having the right team and set-up is key and Galgorm is an important part of this for me.” said McKibbin.

McKibbin first came to prominence after winning prestigious titles at a young age. In 2015 he captured the World Junior Championship at Pinehurst in the US, a title also won by McIlroy when he was starting out. McKibbin recorded further wins in the Junior Invitational at Sage Valley Golf Club and the Junior Honda Classic at PGA National in the US.

Gary Henry, Managing Director Galgorm Castle, said: “We are thrilled to be able to welcome Tom to Galgorm as our Touring Professional. He is a player with fantastic calibre, as we have seen throughout his amateur career, and we believe he will make waves in the professional ranks and wish him all the best. 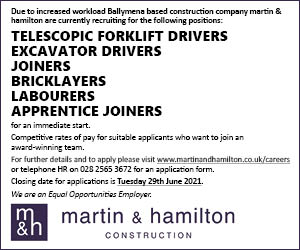