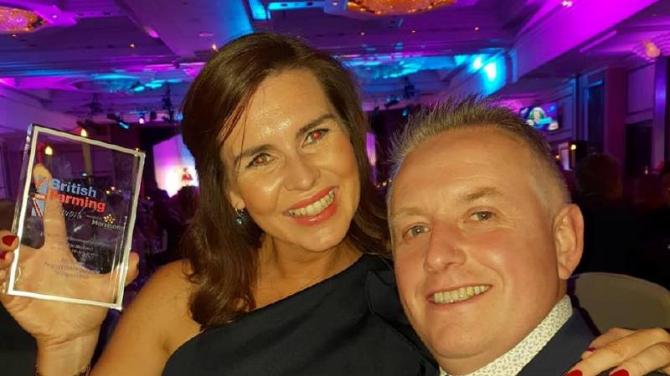 Broighter Gold Oil have been on a winning streak after picking up their third award win in a month!

Broighter Gold scooped a silver award from the British Farming Awards, last Thursday night, and were the only Northern Ireland representatives to make it to the finals.

This follows their double win during the recent Blas na hEireann awards in Dingle, County Kerry.

Richard and Leona Kane, who own the multi-award winning Limavady brand, received the silver award for ‘Diversification Innovator of the Year,’ pipping four other UK finalists to the post.

This is added to their long list of accolades including their recent double award win at Blas na h’Eireann earlier this month, which saw them take home two, highly coveted awards for ‘Best Producer in Derry’ and another gold award for their Hickory Smoked Oil.