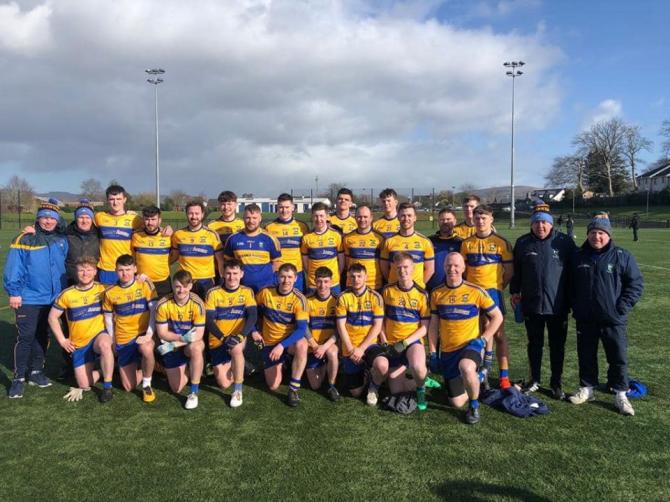 LIMAVADY Wolfhounds will meet either Brackaville Eoghan Rua or Aughnamullen in the semi-finals of the Ulster GAA Junior Football League.
Na Cúnna will know their fate in the coming days as to which side they will face in the last four of the competition. A win for the Limavady side would set up a clash with neighbours Ballerin or Kildress in the coveted final of the competition.
While it may only be early March, Limavady Wolfhounds have began their season with firm confidence having remained unbeaten after their first five games of the 2020 season. Na Cúnna are now in with a great chance of lifting silverware having progressed to the latter rounds of the tournament.
The 'Hounds' began the year with several good Ulster League results in recent weeks. There was a hard fought draw against county rivals, Craigbane before picking up wins against Castlederg St. Eugene's, Urney St. Columba's and Cookstown Fr. Rock's followed by win over Craigbane in the James O'Hagan Cup.
The Wolfhounds management are sure to be pleased with the positive results so far in preparation for league and championship down the line. These good performances and results are in contrast to what proved to be a difficult 2019 in a very competitive Intermediate division.
The Wolfhounds' management team remains the same with Dominic Woods as manager, Sean Forrest and Brian Anderson as selectors. The only change is Bellaghy's Karl Diamond being introduced as team trainer.
The youthful Limavady side will hoping to gain promotion back to Intermediate football along with a good showing in the Junior Championship and although it may be early, they have begun the year remarkably well.