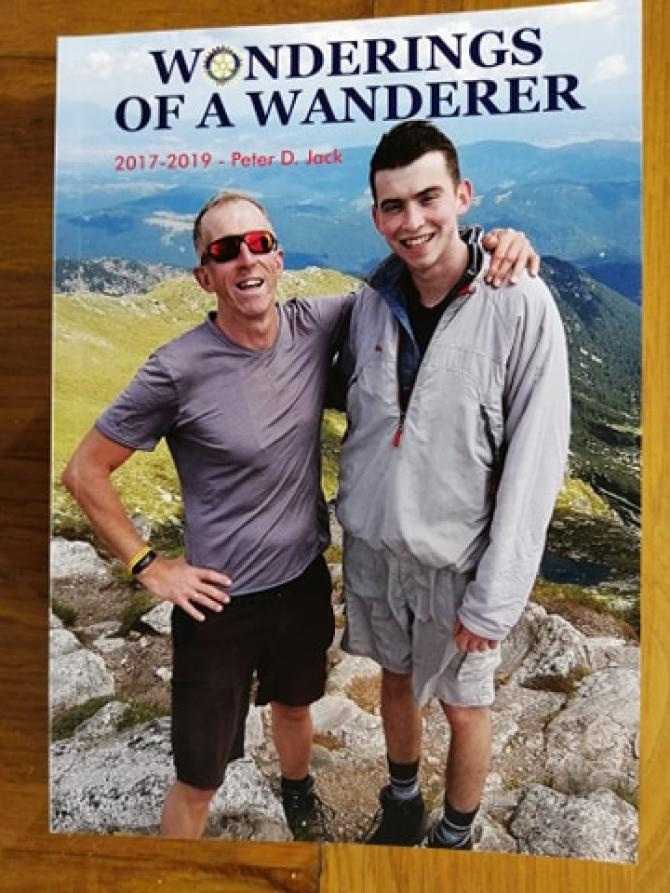 PETER Jack is hoping to give some inspiration to his readers after his fourth book was published last week.

The book titled ‘Wonderings of a Wanderer’ – which was due to be officially launched at Limavady Library - but had to be cancelled due to the coronavirus pandemic , focuses on Peter’s journeys throughout the world.

Peter, who is widely known due to his links with the Rotary Club of Limavady, Triangle Triathlon Club and Springwell Running Club, spoke to the Northern Constitution about what readers can expect from the latest addition to the shelves.

“This book has 50 chapters, over 350 pages, a photo in each chapter to lighten the literary load and is based on my wonderings and wanderings from 2017 to 2019,” he said.