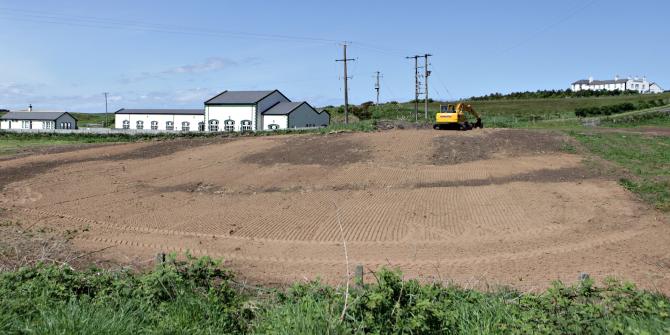 CAUSEWAY Coast and Glens Borough Council has launched an investigation into alleged breaches of strict rules on development close to the Giant's Causeway World Heritage Site.

The Distinctive Landscape Setting of the Giant's Causeway is a five kilometre zone where development is strictly limited.

Significant earth-moving work undertaken on a field adjacent to the visitor centre prompted complaints to both the Northern Ireland Environment Agency and the council's planning enforcement team.

A Council spokesperson told the Chronicle: “Causeway Coast and Glens Borough Council Planning Department can confirm that it has opened an enforcement case to investigate an alleged breach of planning control on lands in the vicinity of the Giant’s Causeway World Heritage site. The case remains under investigation.”