Family hands over cheque for £26k to Air Ambulance 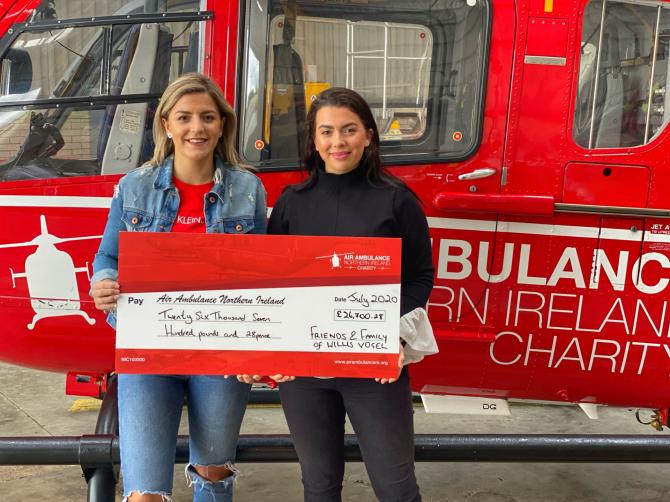 NORTHERN Ireland's Air Ambulance has received a cheque for £26,000 from the family of Willis Vogel in memory of the 21-year-old motorcyclist killed in a collision in May.

A helicopter was dispatched when his Kawasaki collided with a Black BMW on the Meenacloy Road between Castlederg and Ederney but Mr Vogel died at the scene.

According to a friend who'd been with him onthe day of the accident, Willis loved the service provided by the air ambulance.