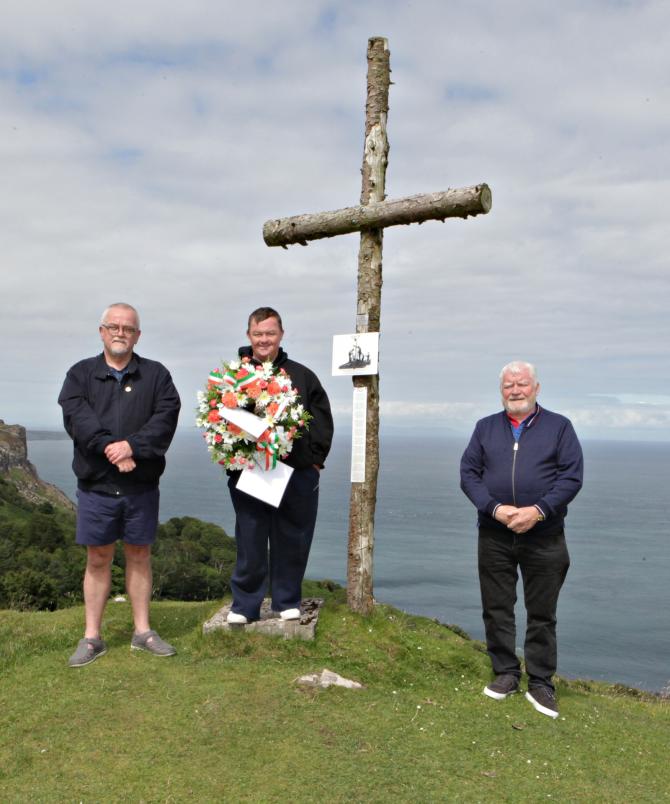 CAMPAIGNERS seeking the transfer of Roger Casement's remains to Murlough Bay have laid a wreath at the spot they believe he chose as his final resting place.

The brief ceremony was conducted by members of the Belfast-based Roger Casement Social Club on Monday, August 3.

The Irish nationalist was hanged in London as a traitor in 1916. His body was repatriated to Dublin in the 1960s.