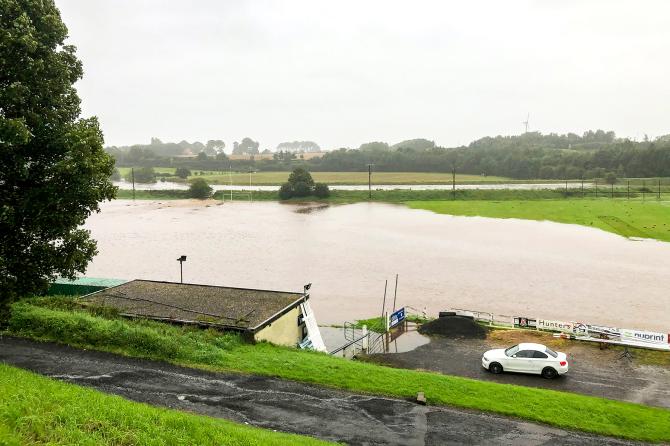 The scene last week when the River Roe burst its bank and flooded the pitches at the Limavady Rugby Club. WK36-001KDR

Heavy rainfall, last Tuesday, caused the River Roe to burst its banks in several locations across the area.

Water levels were raised until the following morning as Department of Infrastructure operatives monitored the situation.

Limavady Rugby and Cricket Grounds suffered the worst of the flooding, but have now confirmed the pitches are looking a bit better after the floods and wish to thank all those volunteers who have helped.

Ireland is the true ‘Home of Halloween’