‘I must protect my sick mother, I will not be intimidated’ 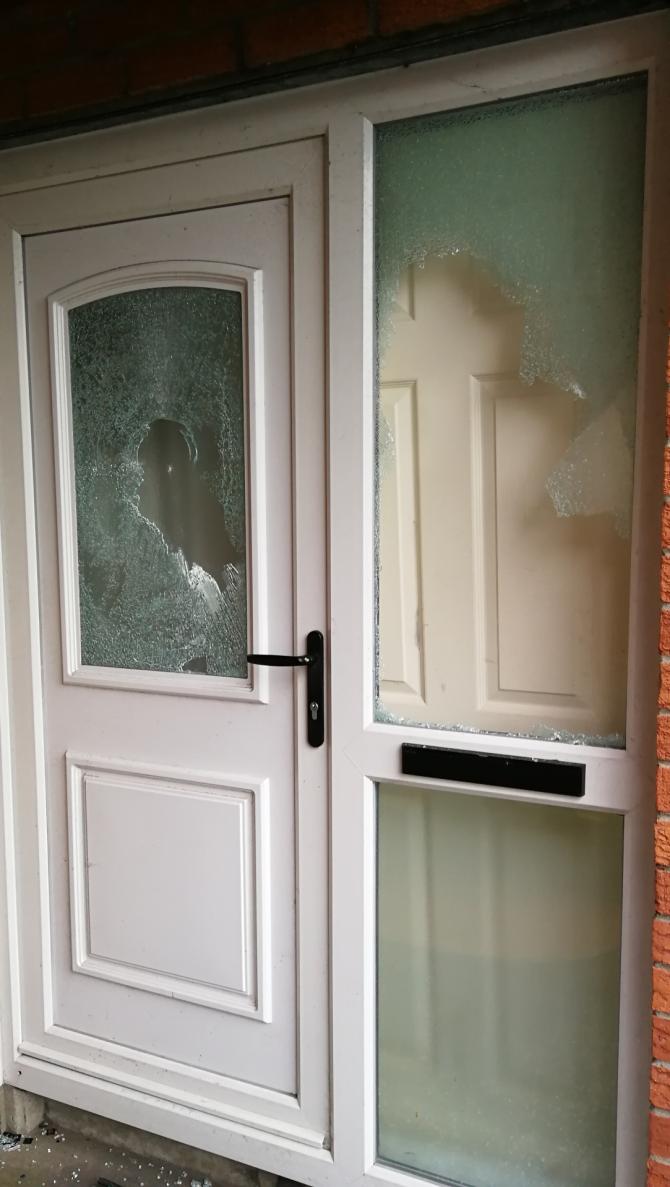 The front door in Enagh Park that was vandalised with a claw hammer.

THE victim of a violent claw hammer attack at his home in Limavady has spoken out at the lack of police presence to curb anti-social behaviour in the town.

On Sunday October 18, police received a report of an attack at a house in Enagh Park. According to police, a car and a property were damaged and a man was hit with a claw hammer on the arms and ribs.

Speaking exclusively to the Northern Constitution, under the guarantee of anonymity, the victim of the hammer attack spoke of the worry he had for the safety of his ill 70-year-old mother, whom he is a carer for.