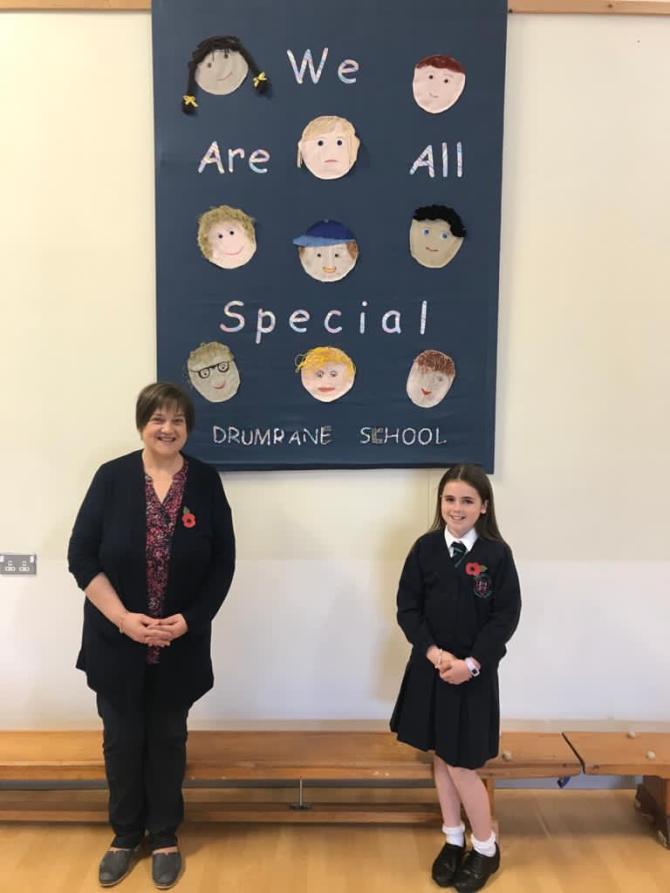 DESPITE the current pandemic which has brought great sadness and devastation across the region, spirits of staff and pupils at a Dungiven Primary School were lifted recently following the launch of a special song to mark Remembrance Sunday.

Written by Drumrane PS Principal, Mrs Alison Steen, 'Poppy Song' was launched online in the form of a video which shows gifted 10-year-old pupil, Grace, singing in memory of those who lost their lives during the war.

Speaking to the Northern Constitution, Mrs Steen, who is also Music Secretary for Coleraine Music Festival said: “I love music and I wrote this song to, not only show our pupils the importance of remembrance, but to make it more meaningful for the children.”