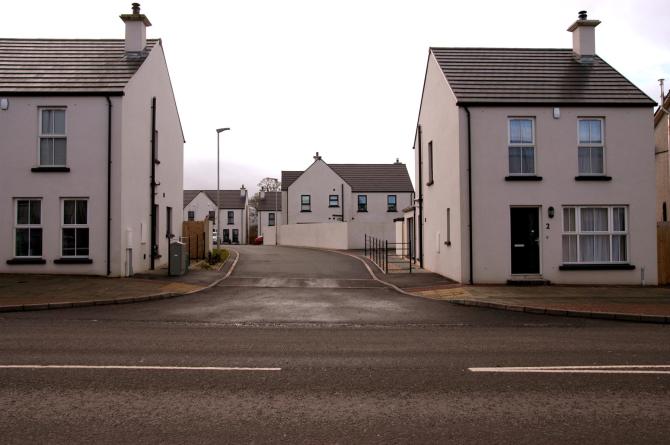 Castle Croft Drive, Dungiven, where shots were fired at a house on Sunday night. NCL2051-13DL

DETECTIVES investigating a “despicable” and “cowardly” gun attack at a house in Dungiven, on Sunday (December 13), are appealing for information.

Shots were fired at the front door of a house in the Castle Croft Drive area of the town, at around 10pm on Sunday.

It is believed that two females were downstairs in the living room when a shot was fired at the property, striking the front door.

Detective Inspector McKenna said: “Thankfully, no one was injured as a result of this reckless attack but, as you can imagine, the occupants of the house have been left badly shaken.