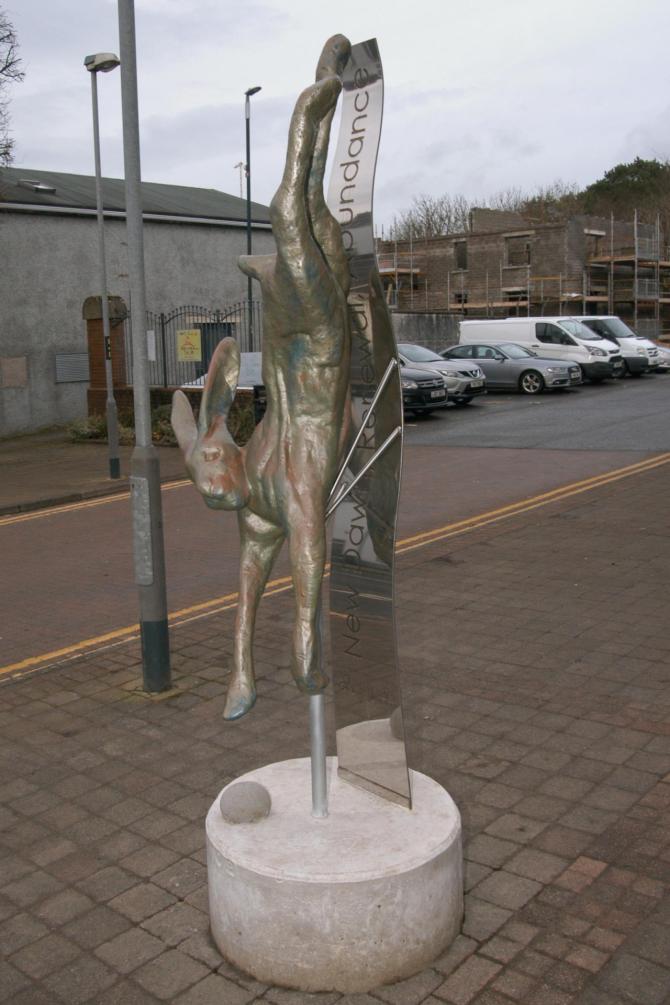 The Hare, Main Street, Dungiven, just beside the Credit Union facility / entrance to car park facility on left heading up through the town. NC2103-1 / 2DL

DUNGIVEN Councillor Sean McGlinchey has commended all those involved in the newly erected hare sculpture in the town, particularly the Dungiven Regeneration Group, the Council Officers involved and the sculptor Sara.

Cllr McGlinchey said: “This magnificent statue enhances the public estate on a major arterial route, and represents the rich heritage of the Irish Hare and its centrality to our traditions and culture.

“The hare has for long been recognised as a gentle animal celebrated in folklore,song and verse, such as the Creggan White Hare and possessing the magical attributes of the little people.