‘This is utterly disgraceful and offensive’ 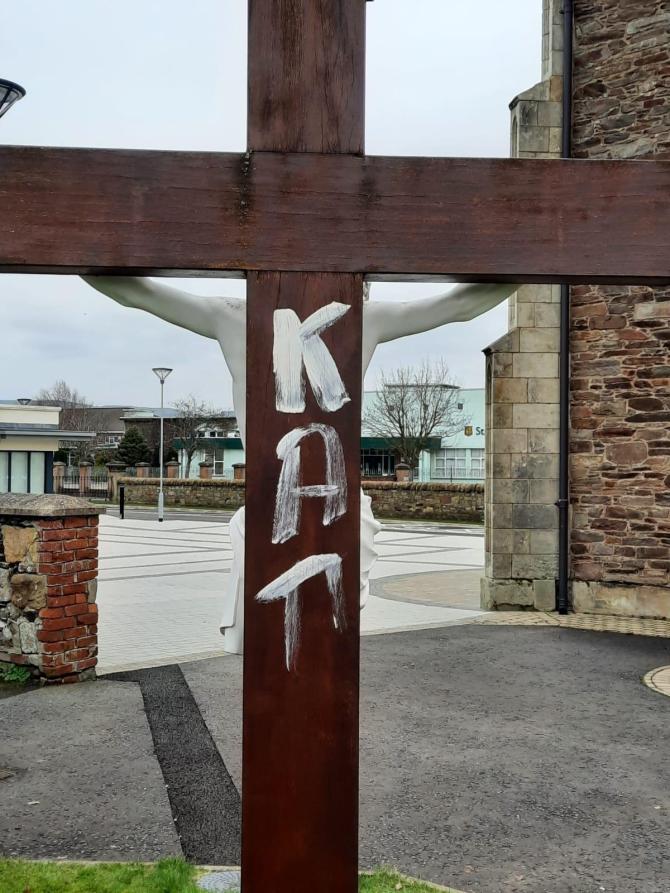 The front doors of St Mary’s Chapel in Limavady that was painted with sectarian slogans.

SECTARIAN graffiti painted on St Mary's Church in Limavady over the weekend has been roundly condemned as a “a disgusting and distressing act.”

Police are investigating the attack on the church, located on Irish Green Street in the town, as a hate crime.

The crucifix in the Church grounds, as well as the walls of the church, were painted on with names of loyalist paramilitary organisations the UVF, UDA and UFF alongside sectarian slogans.