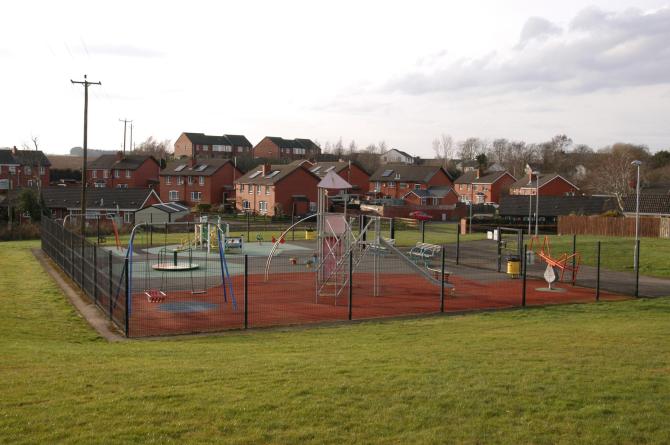 Kids play park close to Drummond Park and Kings Lane in Ballykelly where rats have been spotted by kids and residents.

KIDS in Ballykelly got a surprise as they walked home from a play park, last week, when they had to dodge a number of large rats in a residential alleyway.

Parents reported the vermin issue after a seven-year-old child took pictures of rats on Kings Lane, beside Drummond Park.

Assessments by Environmental Health officers and the NI Housing Executive indicate the disposal of domestic rubbish and bird feeders in the area have attracted the rodents.

Warnings are being issued to residents to be vigilant with litter and feeding birds that may attract vermin.