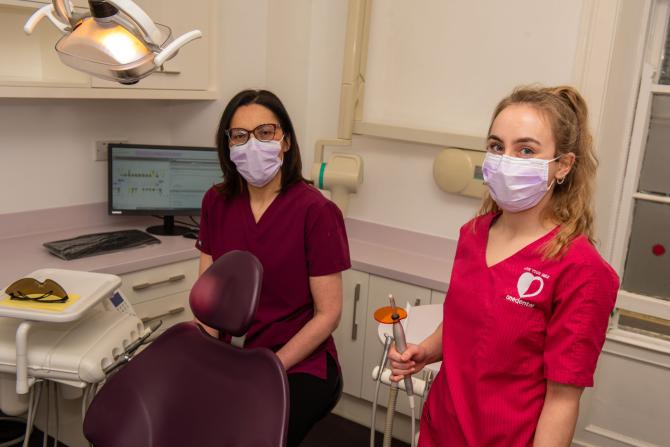 A 22 year-old Dental Nurse who completed her training with North West Regional College (NWRC) and One Dental surgery in Derry~Londonderry, has been nominated for a NI Apprenticeship award.

Niamh Irvine is now fully qualified after studying for the C&G Level 3 Apprenticeship at NWRC.

NWRC is currently recruiting students for a new Dental Nursing Apprenticeship course due to start in April 2021.

Niamh said: “At school, I had never considered dental nursing as a career choice, I initially began the role of a dental nurse as cover.