Lauren adds strings to her harp on TV show 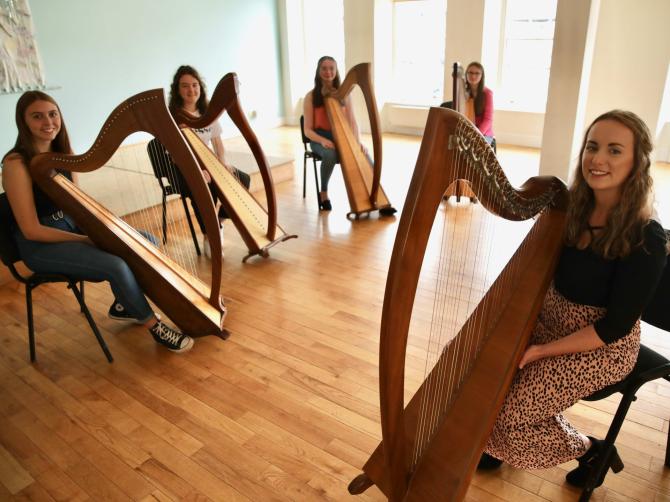 Lauren O’Neill with her Harp class.

A SOUGHT-after Glenullin traditional harper has featured in a new tv series focused on masterful music in Ireland, on Sunday night (March 14).

Sruth, on TG4, is a definitive four-part series about traditional music in the here and now, it’s a debt to the past masters, known and unknown, and to the bright future flowing ahead of us.

Lauren O’Neill plays the folk harp, she is also a teacher and researcher who performs both nationally and internationally as an Irish traditional musician.