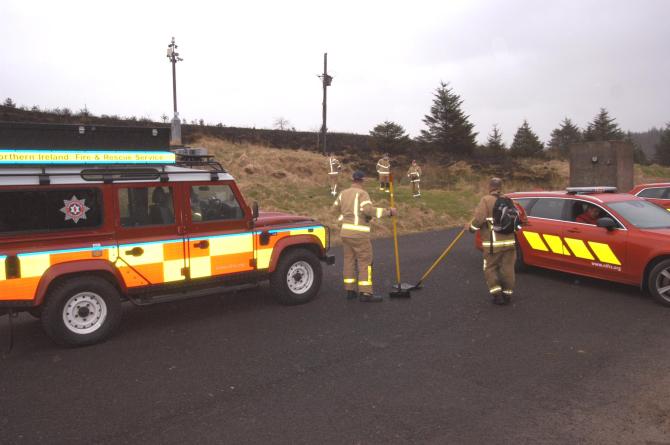 N.I. Fire and Rescue units from Maghera, Dungiven, Limavady, Kilrea and Omagh were on the scene of the wide area fire at Banagher Dam on Tuesday afternoon.

SINN Fein Councillor Sean Mcglinchey has condemned a large gorse fire in Dungiven which is believed to have been caused by 'deliberate ignition' as confirmed by NIFRS.

Police received a report of a fire at Banagher Dam, Magheramore Road, Dungiven, shortly before 2pm on Tuesday March 23.