Local salute for the Duke 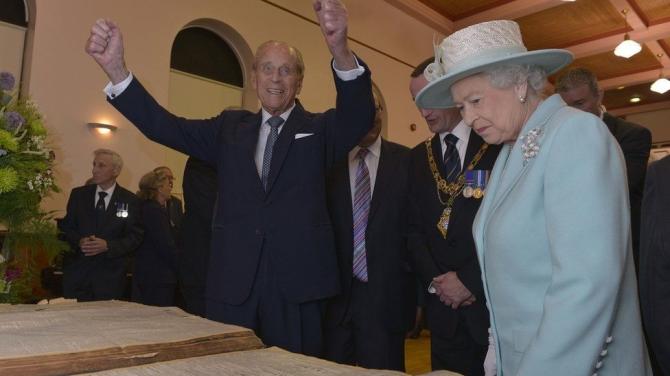 The Duke demonstrates how people used to read broadsheet newspapers while inspecting old copies of the Chronicle during a Coleraine Town Hall reception in 2014.

A FORMER mayor has been fondly recalling the Duke of Edinburgh's “dark sense of humour”, revealed during an encounter in 2014.

George Duddy was speaking ahead of the formal opening of a book of condolence at the Town Hall on Monday.

The pair met at a Royal British Legion event to commemorate the 100th anniversary of WWI's outbreak.

Spying Alderman Duddy's UDR and RUC service medals, the Duke joked about emerging from his career with arms and legs still intact.