Bomb found under car of serving police officer in Dungiven 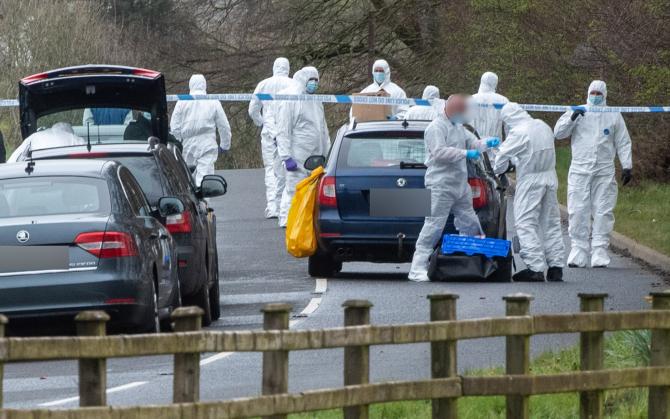 The scene where a viable device was left at the home of a female police officer near Dungiven. Picture Credit: Pacemaker.

TWO men have been arrested in connection with the attempted murder of a part-time police officer and her three-year-old daughter, in Dungiven.

The explosive device was found attached to a container of flammable liquid close to the officer's car on 19 April.

A 47-year-old man was arrested in the Dungiven area yesterday (April 26). Police also detained a 48-year-old man in in the Feeny area.

Both men were taken to Musgrave Police Station in Belfast for questioning.