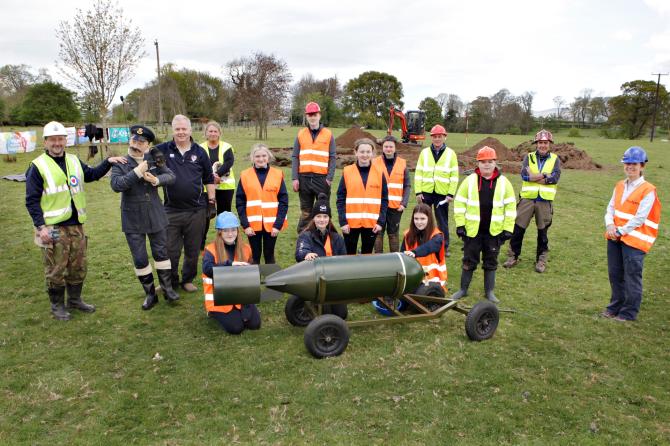 Members of Foyle College Aviation team gather round a replica WW11 bomb at the excavation dig outside Ballykelly for the remains of a Bristol Beaufort MK11 bomber.

A TEAM of experienced aviation archaeologists, assisted by pupils from Foyle College, Derry successfully excavated the remains of a rare Coastal Command Bristol Beaufort aircraft in Ballykelly, over the weekend.

Sadly, the wartime crew of three were killed in the incident.

The dig was licensed by the Ministry Of Defence and DfC Historic Environment Division and was filmed for the BBC archaeology series ‘Digging for Britain.’