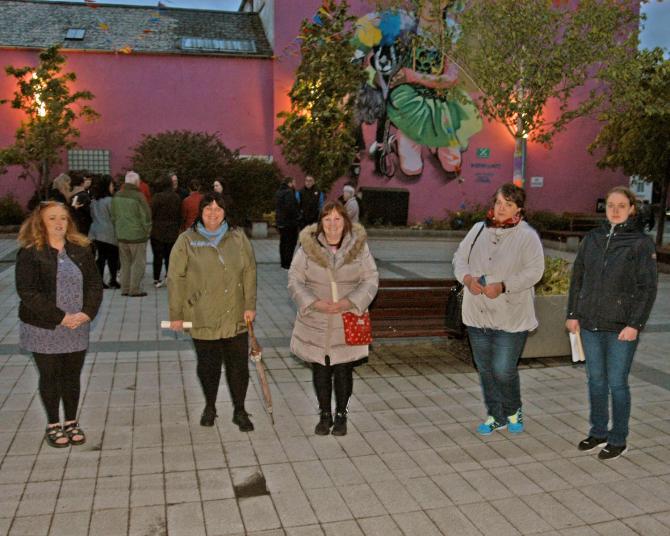 Pictured at the prayer vigil for Ludmila Poletelova held at Drumceatt Square, Limavady

THE Limavady community come together to show it’s spirit and strength in memory of Ludmila Poletelova, who died in April.

Prayers and words of kindness were said by clergy and community leaders on the warm spring evening of Monday May 24.

Ludmila Poletelova, who was originally from Lativa, was killed at her home in Lodge Court between April 19 and April 24 this year.

Svetlana Svedova, of College Court, has been charged with the murder of the 61-year-old Ms Poletelova.