Arrests and charges made linked to INLA in Limavady 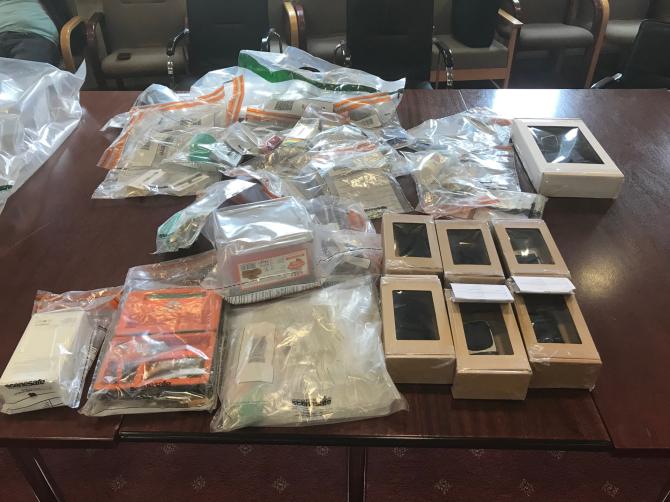 Items seized during a cross-border operation linked to drug activity by the INLA.

FIVE men have been arrested and charged with over 70 offences, in total, following a sweeping cross-border operation targeting organised drug criminality linked to the INLA in Limavady and surrounding areas.

Officers from the Paramilitary Crime Task Force (PCTF) initially arrested eight men and one woman as part of the investigation targeting the organised illegal drug criminality linked to the INLA.

The suspects, aged between 27 and 42, were arrested in the Derry and Limavady areas on Wednesday June 9 and Thursday June 10.

The female has since been released on street bail.