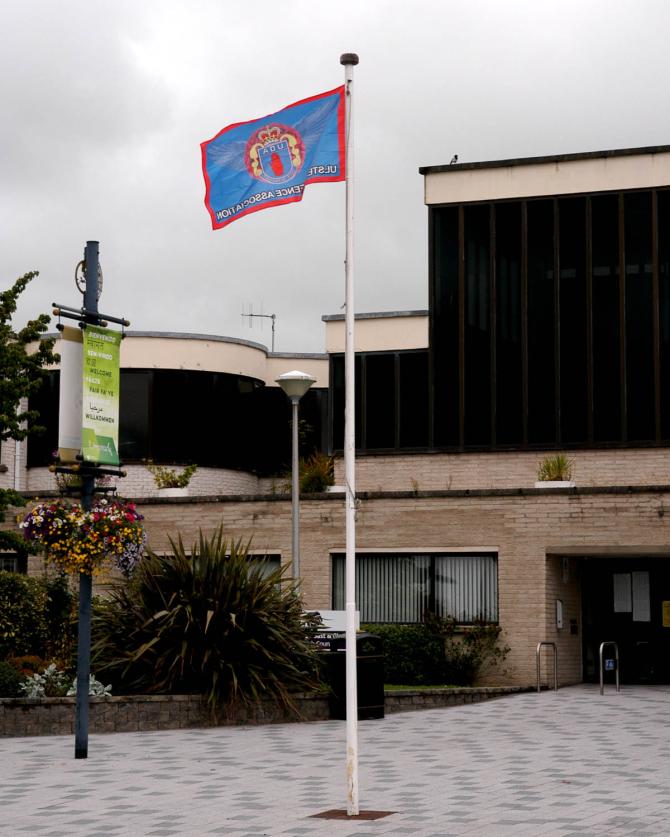 THE removal of a paramilitary flag in front of Limavady council offices needed police assistance to ensure contractor's safety due to intimidation, The Northern Constitution can reveal.

Investigations are on-going to uncover who hoisted a UDA flag at the entrance to Causeway Coast and Glens Council offices on Connell Street, last Wednesday.

Deputy Mayor Ashleen Schenning explained that due to the intimation of council staff by “sinister characters”, the flag was not immediately removed.

It has since been confirmed that a contracted company, supported by the PSNI, removed the flag and flag pole late Thursday afternoon.