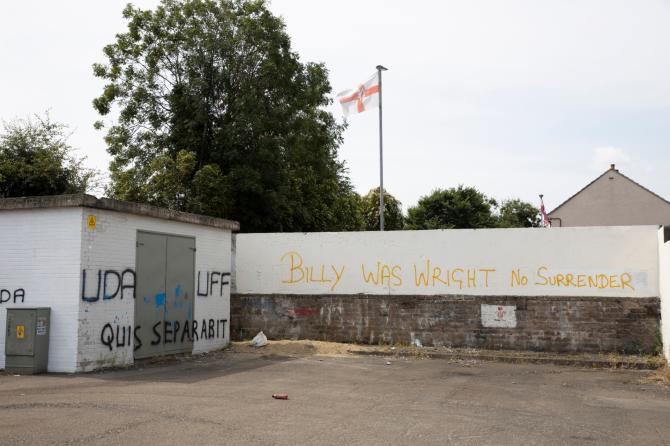 “INTIMIDATING” slogans in Limavady have been slammed as graffiti and posters relating to prominent Loyalist leader Billy Wright have appeared around the town.

Sinn Féin councillor Brenda Chivers and SDLP MLA Cara Hunter has slammed those responsible for the sectarian graffiti off the Greystone Road.

Cllr Chivers said: “This offensive and sectarian graffiti is utterly unacceptable in any society and must be removed at once.

“Locals were disgusted by this disgraceful and offensive graffiti, which is nothing more than blatant sectarian vandalism and I am pleased that it has been removed.