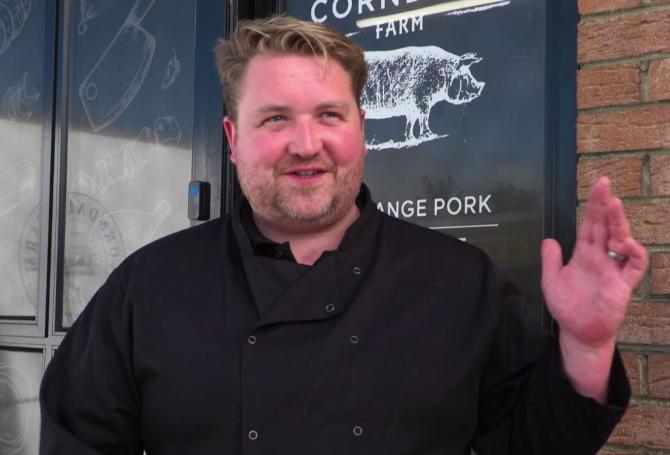 UTV’s hit farming series, ‘Rare Breed - A Farming Year’, continues on Tuesday February 22 with the farmers making the most of the better weather after a very wet and cold May.

It's June and summer is finally here.

Near Kilcoo in the Mourne Mountains, Áine Devlin is teaching other farmers on how to prepare sheep for the show-ring.

They’ve come from all over Ireland to learn from Aine who modestly says, “I wouldn’t say I’m a complete expert but I do have loads of experience.” It’s all in a good cause as she’s raising funds for Rural Support.

Next we head to outside Limavady, to meet up with Alastair Crown who rears pigs for his specialist charcuterie.

With Covid restrictions easing, business is picking up and the orders are coming in.

In June he and his team are catering a hog roast for a wedding on the north coast.

He’s proud of the freshness of his product pointing out that it’s a mere 8-9 hours from ‘farm to fork.’

He prepares and oversees the cooking of the hog roast laughing, “There’s always a secret ingredient, and I can’t tell you that!”

June’s good weather is perfect for Stephen Gibson’s ice cream business near Hillsborough. The quality of his product starts with the grass on the farm and in June he’s in the fields with his CAFRE dairy advisor Judith McCord, measuring its growth and attributes.

Stephen explains the benefits of working with CAFRE, pointing out, “they want to help you improve your business.” We also learn about ‘sticky grass.’

In the second part of this episode, we’re back with Jamie Rankin who grows premium potatoes on his farm that straddles the Donegal and Londonderry border.

He’s up bright and early, commenting, “I’m definitely a morning person, I’d much rather work mornings than evenings.”

In June, he’s making decisions on how to tackle weeds that can destroy the crop.

Jamie needs the plants to be at a certain stage and he needs perfect weather conditions before he sprays. He notifies his neighbours so they can keep their bees in their hives.

He also explains the strict measures he adheres to, and the ingredients used, to reduce the environmental impact of the spraying.

Our last stop this episode is the outskirts of Fivemiletown in Co.Tyrone, Chris Johnston and fiancée Kendall have expanded the team at their farm. Kendall’s also started a new job as Wedding and Events Coordinator at Richard Beattie’s Glenpark Estate.

She starts work at 3pm and explains that she’s doing what she can in the mornings to help out on the farm.

Please note that Rare Breed will take a break for a couple of weeks, returning with Episode 7 on Tuesday March 15 at a new time of 8pm for the remaining episodes in the series.