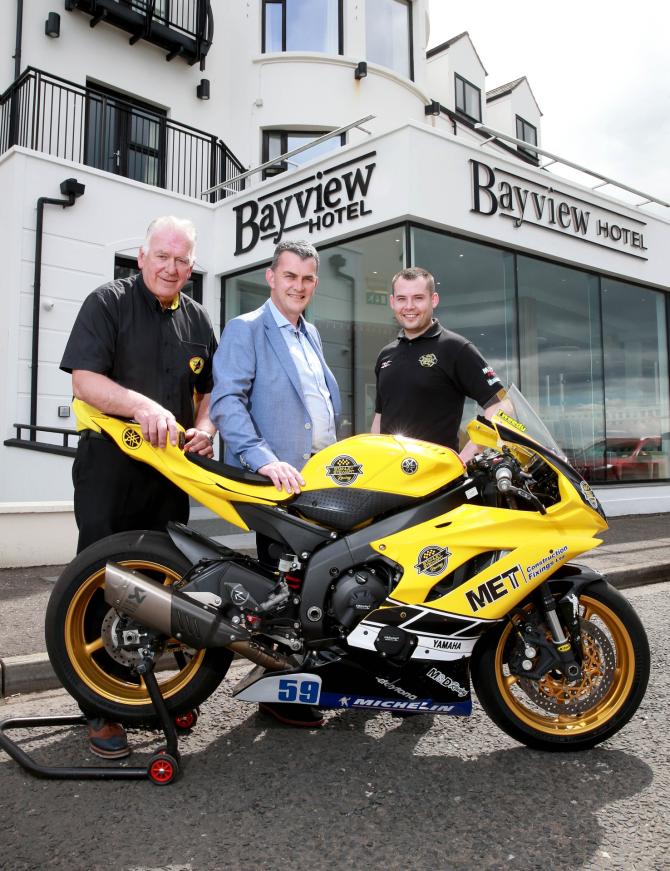 Leading Planning consultancy firm, Clyde Shanks, based in Belfast has confirmed its sponsorship for the prestigious Armoy Road Races. Pictured is Clyde Shanks with Clerk of the Course, Bill Kennedy MB

LEADING Planning consultancy firm Clyde Shanks, based in Belfast, has confirmed its sponsorship for the prestigious Armoy Road Races which are due to take place on Friday July 30 and Saturday July 31.

The highly anticipated event was given the green light from the Motorcycle Union of Ireland (MCUI) in April and Clyde Shanks, a company which specialises in guiding development projects through the planning process, including gaining planning permission for many of NI’s leading developers, has confirmed sponsorship for this year’s Supersport 2 race having previously sponsored the event’s Supertwins race.

The company’s Managing Director, Clyde Shanks, is a native of the north coast and a long-time fan of road racing having ridden on the roads with his brother and former racers Adrian Archibald and Ian Morrell as a teenager as well as going to school with Paul Robinson.

“Growing up on the north coast I loved watching the North West 200 and going to practice night and race day,” Clyde said.

“I always had an interest in the sport which in part is due to where I’m from, but also the fact that my brother and I had bikes and regularly went on a Sunday run from Ballymoney to Ballycastle and on to Portstewart.

"In a group that included Adrian and Ian, two former road racers, it wasn’t for the faint-hearted! I have great memories of our runs along the Coast Road. It just made sense for me to give something back to a community that gave me so much."

More on this story in Tuesday's paper.