Joe is top, Barr none 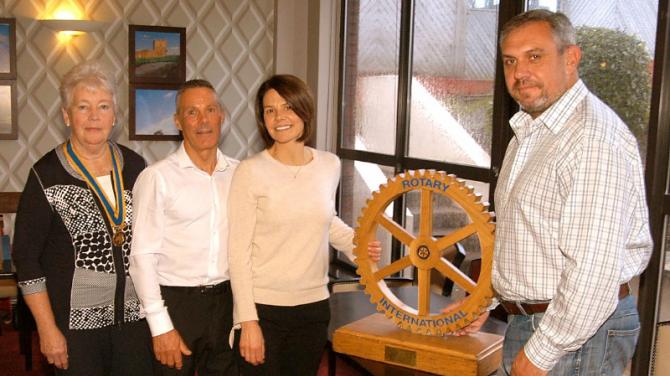 ENDURANCE cyclist Joe Barr talked to the Rotary Club of Limavady about his recent victory in the Round Ireland Bike Race.

The race includes cycling for 1350 miles round the entire coast line.

Joe did it in a 104 hours with only three hours sleep.

Joe is motivated by trying to raise money for Shimla House in Newry which treats youngsters with life debilitating illnesses as Joe's second son was born with such a condition.

He has also participated in the RAM the race across America which is 3500 miles from the west coast to the east coast.

He placed in the top ten in that and is going back next year.

The members of the Rotary Club were fascinated by Joe's delivery which concentrated on his recent success in the Round Ireland Bike Race and he talked about his race strategy, his race preparation (500 miles without stopping!) the importance of his crew including his partner Gillian and his team manager Alan Hamilton.

Having the correct mindset and also his relationship with the race and respecting the distance but as he said "endurance is all about continual forward motion."

He said age is just a red herring and he became the world 500 mile champion last year.

All in all it was a fascinating talk and president Maureen Magowan thanked Joe for attending the club and giving such a fascinating account of this recent wonderful athletic achievement.