Disabled man assaulted in own home 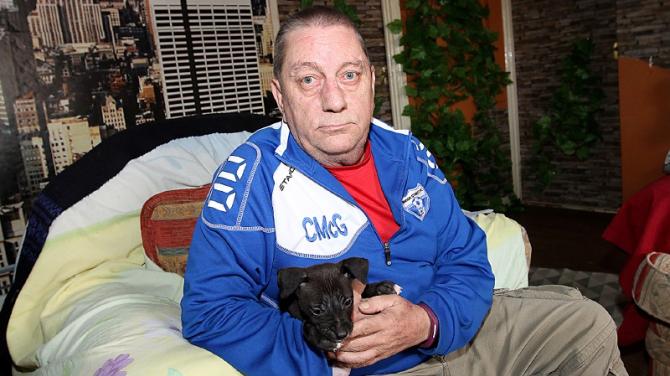 AN elderly disabled man has said he “won't give into bullies” after being beaten up and threatened in his own home, last week.

Sixty one year old Chris McGrotty was relaxing at his house on Kennaught Terrace, last Thursday (October 4), when he was unexpectedly assaulted by a man who accused him of smashing windows in the area.

Housebound, due to various respiratory issues, Chris said he is left “shaken and terrified” after the ordeal in which he was punched and kicked in his own house, and then again outside when he went after the attacker.

Chris said: “I was strangled, punched and kicked in my own living room. I am really sore and bruised now.

“This man come into my house and accused me of breaking my own friends windows. Which I never did.

“After he give me a bad beating I was told if I went to the police I would get my windows smashed and burned out of my house.

“Well, I am not giving into this bully tactic so I went to the police and now I want to show I would rather beat the bullies.”

Later the same night, when Chris was asleep, some windows in his house were smashed, in an act Chris believes was to intimidate him.

The Housing Executive have since boarded up the windows of Chris' home.

Sinn Fein Councillor Brenda Chivers visited Chris at his home the morning after the incident to provide reassurance and support.

She told the Northern Constitution: “Someone called me this morning and told me his friend got his windows broke after reporting an assault on him the previous night.

“I was asked to call down which I did. I found him very distressed.

“I asked his friend to call the Doctor as he was holding his chest. They had already called the housing executive and the police.

“I condemn this attack. These people have no place in our society and I appeal to anyone who has any information to contact the PSNI or through the confidential phone number.”

Police have confirmed they are investigating a report of an assault and have arrested a 40 year old man.

A spokesperson for the PSNI said: “It was reported that a man, aged in his 60s, was assaulted in a property around 7.45pm.

“A 40 year old man was arrested and released on bail.

“The police investigation is continuing.”