'Girl's Night In' for Laura 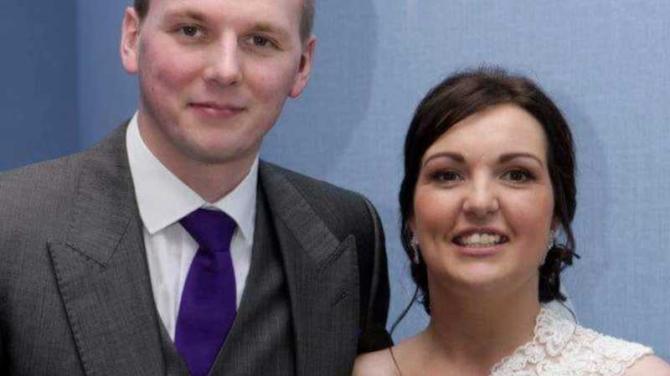 LIMAVADY woman Laura Kyle is on a mission to help raise awareness of breast cancer and raise money for research into the devastating disease.

After she discovered she was a carrier of the BRCA mutant gene, which greatly increases the chance of getting breast cancer, she took the brave and daunting decision to have a double mastectomy.

The rogue gene is hereditary, so Laura is naturally concerned about the health choices their children will have to make when they are older.

All the money raised by the campaign will go towards pioneering breast cancer research into BRCA at Queen’s University Belfast.

Laura, from Limavady, works in accounts in a civil engineering firm. She is married to Pete and is mum to Noah (5) and Seth (2).

She says: “I discovered I was a BRCA 2 gene carrier at the start of 2017 after going for tests at Belfast City Hospital.

“Three of my father’s sisters had breast or ovarian cancer or both and I lost one of my aunts when she was just 48.

“When a third aunt was diagnosed, she decided to get the gene test done and it was positive.

“The testing was then offered out to other family members so I went along too.

“On January 4, on my first day back to work after the Christmas break, I got a phone call to say that I carried the gene.

“Thankfully my two sisters got the all-clear. Admittedly, it was quite a bittersweet moment.

“I did wonder why all three of us couldn’t have been clear but I was happy for my sisters.

“That evening I talked to my husband about what to do next.

“It was a no-brainer really.

“I decided to have surgery done as a preventative measure.

“In May last year I underwent a double mastectomy and had reconstructive surgery the following August.

“Then in April this year I had my ovaries and fallopian tubes removed.

“I went into early menopause then so had that to deal with as well.

“But I’ve no regrets about doing it at all and I’d do it over again.

“I have two young sons who have a 50 per cent chance of being carriers, which is obviously a huge concern for me.

“They won’t be able to find out if they carry the gene until they’re 18.

“With so much research being done now and all the leaps and bounds being made, hopefully by the time they’re that age, they won’t have any tough decisions to make.

“It’s a great way to get some friends together to raise funds towards that vital research, which could make such a difference.

“Talking about these things can be very difficult with people who haven’t been through it so I’d love to set up some sort of support group in the North West for BRCA gene carriers.

“But what I would say to anyone who’s been told they carry the gene is not to be afraid.

“It’s not as bad as you think and you can overcome it.”

Maeve Colgan, Head of Fundraising, Cancer Focus NI, said: “The research Cancer Focus NI is funding at Queen’s has the potential to make an enormous difference to the lives of many women - but we can’t do it without you.

“We’re asking women everywhere to show their support by hosting a Girls’ Night In for a few friends to help raise funds.

“Do whatever you and your friends enjoy doing - and ask for a donation to Cancer Focus NI.

“It’s a great reason to have a good time with the girls!”

If you’re worried about cancer call the Cancer Focus NI free NurseLine for information and advice on 0800 783 3339.