Limavady Wolfhounds are helping to save lives 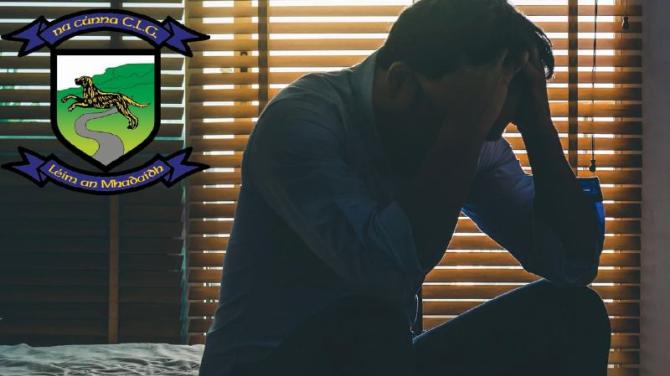 LIMAVADY Wolfhounds are hosting the Connections Suicide Prevention course in a bid to save local lives.

Hosted by the Limavady Wolfhounds, the informal awareness training session will take place on Thursday this week (January 31) at St Mary’s High School.

Secretary of Limavady Wolfhounds, James Roddy told the Northern Constitution: “We believe suicide is far too important a subject to ignore as all our Clubs have members whose families have been affected by one form or another, through suicide, and we at Limavady are no different to anywhere else.”

James added: “Andrew Doherty and Emma Loughrey from our committee decided we should host an awareness course and have taken the lead on this - they believe if even one person attending the course takes something from this, then it will be a success.

“It’s vital we all have more awareness on the subject.”

The Limavady Wolfhounds have also invited their neighbouring clubs of Glack, Magilligan, Drumsurn and Faughanvale to attend the course.

Recently big-hearted members held a coffee morning for Marie Currie, raising over £2000 for the vital charity, and also had the Action Cancer Breast Screening bus at their Club.

James continued: “This not only provided a vital service for our lady members but also provided free health checks for everyone else.


“As a club this year we have invested more time in our outreach projects and giving something back to our community which is what the GAA is all about.”

Founding member of LIPS charity (Limavady Innitiative for the Prevention of Suicide), Willie Mulhern praised the Connections course which he believes will greatly benefit the community.

He told the Northern Constitution: “When it comes to suicide, there is no age gap or class distinction - it affects the entire community.

“ I would recommend for everybody to go to this course and get the knowledge of mental health issues.”

He added: “If the Wolfhounds can get the support, it means that the community needs more of these courses, so I would encourage people to not be afraid and go along to it.

“If it can help to save even one life in our community then bring it on.”

The training session will take place at 7pm.

* If you have been bereaved by suicide in the last six to 12 months, you are advised not to attend as this course may be too upsetting and unsupportive at this stage of your bereavement.

@gaa.ie to book your spot as there are limited places.