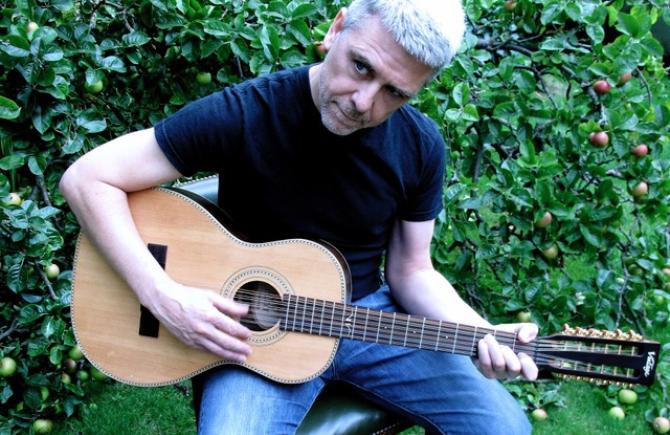 Following the death last month of Coleraine-born singer/songwriter Gregory Gray, this Friday (May 24) at 4pm Radio 4's Last Word programme will pay tribute to his life and career.

Hosted by Matthew Bannister, Last Word is Radio 4’s weekly obituary series that explores and celebrates the influential or significant lives of those who have recently died. Recent subjects have included Scott Walker, Albert Finney and Lindsay Kemp.

This is the second extensive tribute on the national station to the 59-year-old singer/songwriter in recent weeks. His career and contribution to British and Irish music and progressive LGBT politics were recently explored on Tom Robinson’s popular 6Music show.

Both programmes follow on from an obituary featured in the pages of this paper earlier this month which featured contributions from former musical collaborators including 'The Singing Farmer,' John Watt, and former Perfect Crime drummer Peter Kerr.

As British chart success eluded him, Gregory Gray is not a widely recognised figure in local pop culture. His pioneering work, often difficult to neatly categorise, was largely ignored by the media. However, now at the time of his premature passing, his work and musical personas are recognised as being ahead of the curve both politically and creatively and worthy of reappraisal.

Born Paul Lerwill in Coleraine on May 20 1959, Gray was the charismatic lead vocalist of Perfect Crime, an early-80s post-punk band from Northern Ireland’s North Antrim coast. The band released two singles on MCA Records. In summer of 1983, Perfect Crime were the only Irish artists to be selected to play to 25,000 people in Dublin’s Phoenix Park Racecourse supporting U2 on their homecoming War tour.

Gray went on to release three studio albums on major labels as a solo artist. Think of Swans (CBS, 1986), Strong at Broken Places (Atco/Polygram, 1990) and Euroflake in Silverlake (EMI, 1995). The last two albums attracted positive reviews in Rolling Stone magazine, were very popular on College Radio in the US, as well as achieving commercial success in Southern Europe and Asia.

Significantly, Gray was the first Irish popular music artist to publicly 'come out' as gay and the first to carry a queer sensibility into his songs and performance. In 1996, Ireland’s most influential music magazine Hot Press acknowledged his place in history with a double centre-page feature, aptly titled, The Greatest Irish Rock Story Never Told.

In that article, he talks about coming out, but also of the dangers of being ghettoised as 'a gay artist'. Stuart Clark, the author of the piece, ventured that Euroflake was 'very possibly the best Irish album of 1995'.

After moving from his home in Aghadowey to live in Hertfordshire with his partner Thomas in the late-1990s, Gregory reinvented himself as the gender-ambiguous Mary Cigarettes. At this point, he began to make the most compelling music in his oeuvre, exhibiting his work on YouTube and SoundCloud.

This more recent work attracted a new global fanbase, keen to support and interact with this unique voice, distinctive sound and the genre-defying lightbulbs he sent off. This brought him to the attention of BBC 6Music, and especially Tom Robinson, who became an avid fan.

Perhaps, due to his private nature, Gray’s influence, musically and politically, has been understated and therefore under-acknowledged.

However, his desire to push - even break - boundaries helped in opening-up debates about music and identity, and avenues of creativity that had been previously ignored or suppressed, especially in Ireland.

Having passed away on April 25, 2019, after a short illness, Gregory is survived by his loving partner, Thomas.

It is with great sorrow that his friends, family and musical collaborators say goodbye to this uniquely talented and creative individual. He made a life in music.

And what music he made.

Last Word, featuring Gregory Gray’s obituary, will be broadcast on BBC Radio 4 this Friday, May 24, at 4pm.