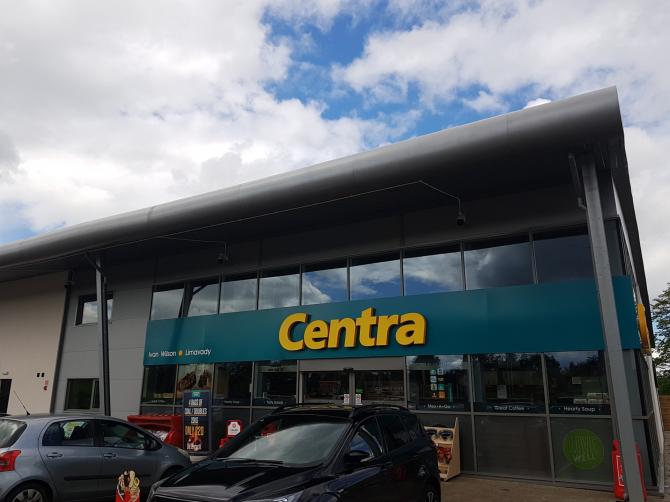 A LIMAVADY teenager appeared in court yesterday (Monday) accused in connection with a weekend robbery in the town.
Father-of-one Brandon Steele, of Glenbeg Walk, faced a charge of robbing the Centra Store on Ballyquin Road of £380 on Saturday afternoon.
The 19-year-old appeared from custody during a sitting of North Antrim Magistrates in Coleraine.
After being connected to the charge, Steele confirmed that he understood it. His legal representative applied for bail which a PSNI Detective Constable objected to, on the grounds of the likelihood of further offences and fears that Steele could interfere with witnesses.
The detective told the court how a male, wearing dark clothing including a black hoodie, had entered the Centra store at 4.35pm, armed with a 20cm to 25cm long kitchen knife.
The male pulled the draw strings of his hood tight to cover his face and approached the tills, telling two counter staff to give him the proceeds, the court was told. They placed the tills on the counter and one of the staff allegedly recognised Steele, as his face was uncovered, later identifying him as a suspect, it was claimed.
The robber was not wearing gloves and the detective said there would be DNA fingerprint evidence.
Neither the money, clothing or knife have been recovered, the court heard, and there is CCTV footage of the incident.
The detective said Steele had denied being involved in the incident but would not give police an account of his movements.

He added that there were concerns about the proposed bail address.
In Steele's defence, the court was told that there were “very serious issues about identification evidence” and “a very, very limited description.” Steele had attended voluntarily and “was stringent in his denials.”
District Judge Peter King pointed out that Steele had last been in court on June 3, just days before the alleged robbery. He refused bail and remanded Steele in custody until July 8 when he will appear by video link.