End of an era for Bellarena Primary 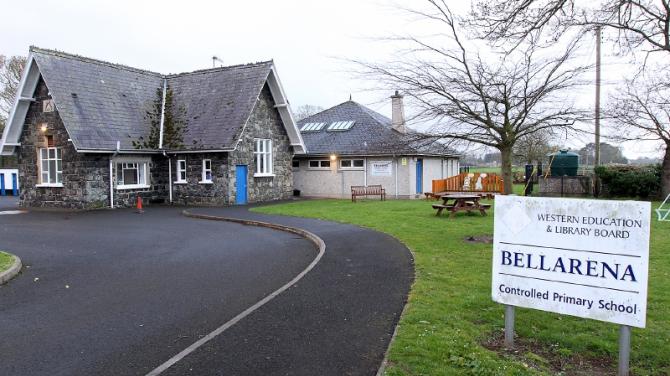 AFTER almost 160 years the school bell at Bellarena Primary School will ring for the final time this week, as past pupils and parents express how “sad and devastated” they are at the closure of the much loved school.

A school since 1861, last year the Education Authority (EA) recommended to close the then 24 pupil school by August 2019 as it believed the closure of the school was the only viable option.

In March this year the Department of Education Permanent Secretary approved and confirmed the closure of the small school on the Seacoast Road.

Officially, the doors will close for the final time on August 31, this year, but pupils will leave the school for the last time on Friday (June 21).

It is hoped all pupils will be relocated to one of the seven other primary schools in the Limavady, Magilligan and Ballykelly area, with the EA working to finalise placements.

A spokesperson for the Education Authority told the Northern Constitution: “On March 15 2019, the Department of Education Permanent Secretary approved the discontinuance of Bellarena Primary School with effect from 31 August 2019.

“EA is currently working with DE and local schools to finalise placements.

“Once final placements have been confirmed, transport arrangements will be put in place for the pupils.”

To celebrate and look back at many happy years of the school an open evening is being held on Friday from 6pm to 9pm, at the school.