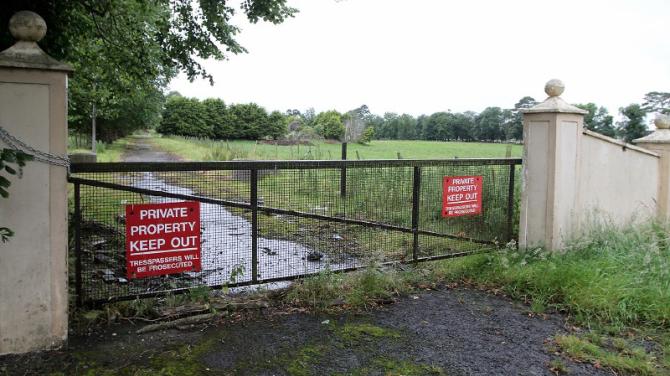 PLANS have been approved to redevelop the old Gorteen House Hotel site into a modern housing development.

The planning proposal was approved last week during a meeting of Causeway Coast and Glens Council Planning Committee last Wednesday, June 26. Councillors voted unanimously in favour of the redevelopment of the former hotel site.

The planning application shows that the modern development will have 201 houses consisting of a number of different styles.

Recently in the area, an all-new petrol station opened its doors and the development of the Gorteen site should be yet another welcomed addition for many residents in the town.

The plans also show that a children's play park will be built as part of the site and the Chronicle understands that this modern play area will be based around the Diversity Park which is situated at Flowerfield Arts Centre in Portstewart.

Access to the new development at the former Gorteen Hotel site will be via Ballyquin Road, using the existing road which serves the existing petrol filling station and retail units which are also situated in the Ballyquin Road area.

One issue surrounding the new development is that the current sewerage works in the area will not be able to serve the site.

The current sewerage system is scheduled to be upgraded however there are no details as to when this will take place meaning that developers may seek to provide an alternative solution.

DUP councillor Edgar Scott proposed that the planning recommendation should be accepted adding that the modern housing development will be a welcomed addition for the local area.

“This is welcomed news for the Limavady area and it will be excellent to see a modern housing development in the area,” he said.

“It should bring some jobs to the area which would be welcomed news within the local community.

“Obviously there are a few issues surrounding the sewerage of the site but from looking at proposed plans it can only be beneficial to the area,” added the DUP councillor.