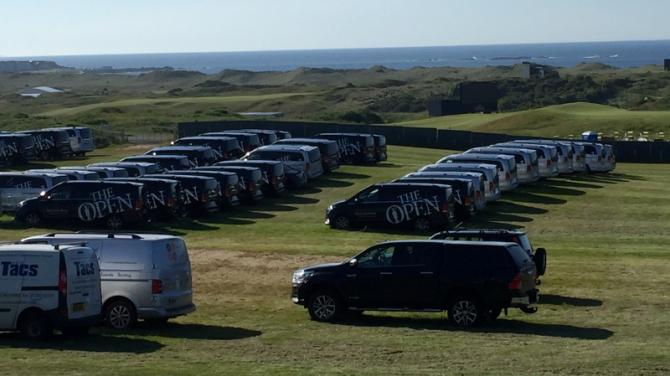 EVERY single ticket for the Open Championship - including those for practice days - are likely to be sold out by next week, councillors have heard.

Tickets for the four days of competition were snapped up by golf fans months ago for the first time in the event's 148 year history.

However, during a final briefing to Causeway Coast and Glens councillors last week on preparations for what will be the biggest sporting occasion ever held in Ireland, it was revealed that “only a few hundred” tickets are left for the four days of practice ahead of the competition.

“The likelihood is that the entire event will be sold out by July,” Richard Baker, Director of Leisure and Development told the full council meeting last Tuesday.

Mr Baker went on to explain how the allocation of tickets increased from 5000 on the opening Sunday of practice to 20,000 on Wednesday and eventually over 40,000 per day when the competition starts.