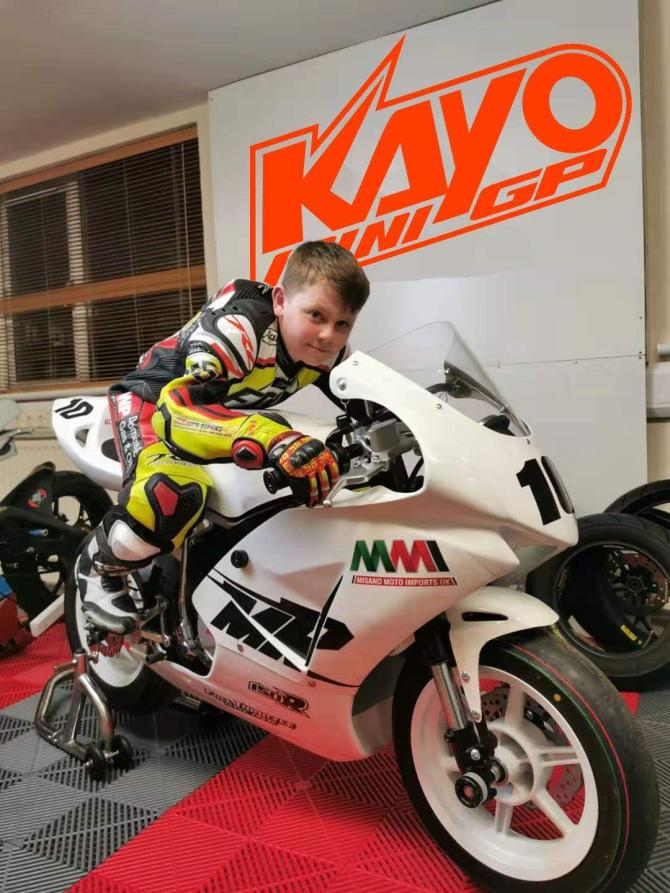 A YOUNG Limavady lad who only began racing less than 18 months ago has gone on from strength to strength since taking up the new hobby of motosport and in his 2019 season has picked up some impressive wins in province and All-Island competitions along with several podium finishes.
Freddie Cooke, who is a Primary 6 pupil at Central Primary School in Limavady, began racing at the end of 2018 and took part in the Aghadowey Winter Series where he partook in his first three rounds in the mini-moto competition.
While Freddie's Dad, Peter has always had an interest in motorcycle racing, Freddie's first real interest was sparked after a family trip to the the N.I Motorcycle Festival in Lisburn which is Ireland's largest motorcycle festival. Peter Cooke, Freddie's Father said: “Freddie found it all so interesting and exciting, it was decided that he was going to start racing.”
The 2019 season began in April when Freddie got involved with the IMC club (Irish Mini-Moto Championship). A super effort at Mondello Park in County Kildare saw Freddie finish 3rd overall in the mini-moto junior pro class, an amazing finish having only recently began racing.
The season spanned from April to September where Freddie's racing talents were made evident while picking up some good wins on the rookie bike.
Freddie was also involved with the MMRCI (Mini Moto Racing Club of Ireland) where he finished 2nd in the rookie junior gearbox class for Ulster and All-Ireland missing out on top spot for the season by just 10 points.
Peter was thankful to all who have helped Freddie last season and is looking forward to the 2020 season with much optimism. Peter said:
“We receive support from WP services in Limavady and JT Autos in Coleraine. A massive thanks to both of them. It would be impossible for Freddie to progress and race at such a good level without their support and funding. They play a massive part in Freddie's racing development”
Peter continued “The approach we take is to go step by step. This is the best way for Freddie to get the knowledge that is required for him to be successful.”
“We want to build ourselves up to good level and build on the great year last season. He will start to learn more about clutches and the technical details of the bike which will help Freddie in the future. Progression is the most important thing. A couple of podium finishes would be great but improvement and building knowledge is the main goal.”
“Freddie loves racing and he loves competing. He's motivated and he's always pushing himself. He loves practising but competition is what he enjoys the most. Freddie will practice at Nutt's Corner and at Aghadowey but competition helps to tick him over and helps Freddie gain invaluable experience.”
For anyone who would like to follow Freddie in competition and would like to sponsor or help in anyway then follow the Facebook page Freddiecookeracing#56 .