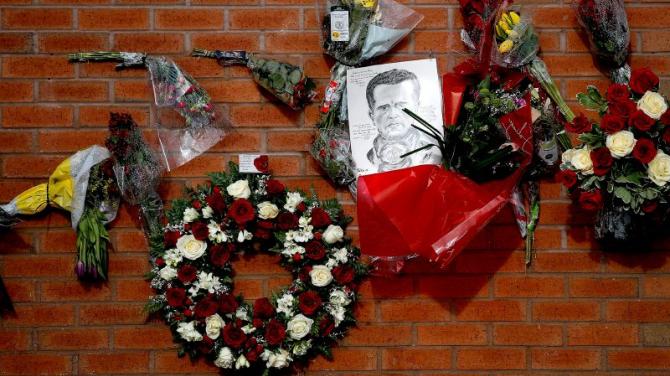 FRESH calls for a statue to be erected at Old Trafford have emerged in the wake of the death of the late, great Harry Gregg OBE.

The idea has been flirted with in the past and it is believed that a statue in Gregg’s native Coleraine or across the Irish Sea in Manchester are just some of the options being explored.

Born in Tobermore, the tall goalkeeper was never one to revel in past glories, and, at times, often shied away from the magnitude of his heroics following the Munich Air Disaster.

A local man and Manchester United fanatic described the tall goalkeeper as ‘a proper gentleman.’

Tommy Doherty, the groundsman at the Coleraine Showgrounds, bid his final farewell to one of his boyhood heroes. Stood at the gates of the stadium at Ballycastle Road last Friday afternoon, 72-year-old Tommy recalled a good deed that Harry carried out for him many moons ago.

“Harry was the first man to ever give me tickets to go and see Manchester United at Old Trafford and I will always remember that,” said Tommy.

*Read the full story in our special 10-page tribute to the late Harry Gregg OBE inside this week's Chronicle.