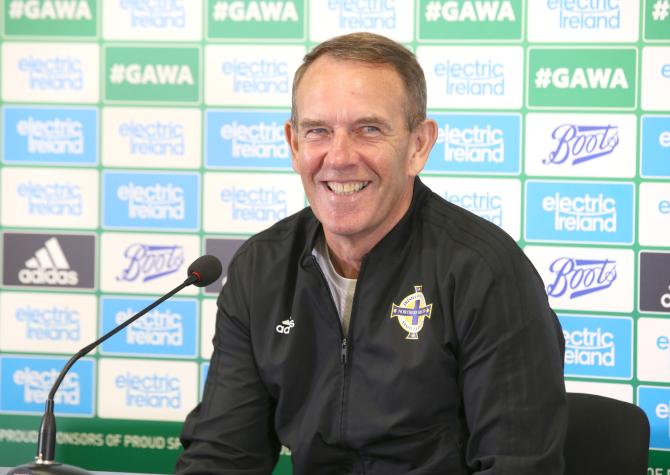 Shiels, the current Northern Ireland women's manager, was interviewed for the top post on Wednesday.

The 64-year-old managed the Bannsiders for five seasons in the nineties during a long and chequered managerial career.

Ian Baraclough, Stephen Robinson, Tommy Wright and Jim Magilton were the other contenders who met with a four-person panel at Windsor Park.

An announcement on O'Neill's successor could come as early as Friday.

The new manager will lead Northern Ireland into their Euro 2021 play-off semi-final with Bosnia-Herzegovina, which was pushed back to the autumn because of the Covid-19 pandemic.

A win for NI away in Bosnia on October 8 would set up a Belfast final against the Republic of Ireland, if they overcome Slovakia.

And should either Northern Ireland or the Republic get through, they would join Spain, Poland and Sweden in a section played in Dublin and Bilbao.