Bannsiders bow out of Europe on night of drama

Coleraine beaten on penalties by SPL club Motherwell but not disgraced 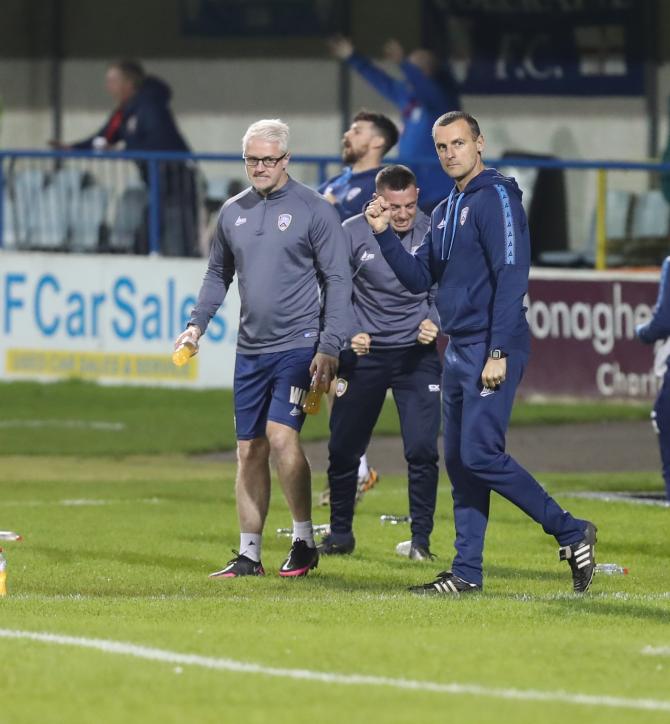 COLERAINE crashed out of Europe on Thursday but not before producing yet another memorable European night.

Two nil down at half-time to Scottish Premier League side Motherwell, it looked like it was the end of the road for Oran Kearney's side following victories over La Fiorita and NK Maribor in previous rounds.

But this team is nothing if not resilient and they somehow dragged themselves back into a game that looked gone from them at the break.

And not for the first time it was the introduction of talisman Eoin Bradley that turned the tide, the big Kilrea man leading from the front as the hosts mounted a dramatic comeback.

Ben Doherty had already scored from the spot in the minutes immediately after the restart when he repeated the trick just before the end of the game after 'Skinner' had been hauled to the ground by Mugabi.

The Derryman held his nerve superbly to beat Trevor Carson for the second time and send the game to extra-time.

Chances were at a premium in the extra half an hour but Bradley looked to have won it for the Bannsiders in the dying seconds.

He managed to get his head on a cross at the back post before directing it goalwards only to see Carson get a finger to the ball and direct it onto the crossbar.

That was the final action of the evening, the game to be settled by penalty kicks.

Motherwell scored all three of their spot-kicks, Coleraine did not.

Carson, a man familiar with Northern Ireland football, proved the hero of the hour for Stephen Robinson's men, saving efforts from Ian Parkhill, Lyndon Kane and Gareth McConaghie to send his second into the next round.

It was a cruel way to bring Coleraine's European odyssey to an end.

A journey which started with an uninspiring 1-0 win over San Mario opposition turned into one of the most incredible chapters in the club's history.

Victory in Slovenia was almost outdone by a remarkable comeback against a club which finished behind Celtic and Rangers in last season's SPL.

It was a cruel way to lose but the players and management can take great credit in how they have conducted themselves on and off the pitch in recent weeks.

Now, it's back to the bread and butter of league action with the aim of doing it all again 12 months from now.