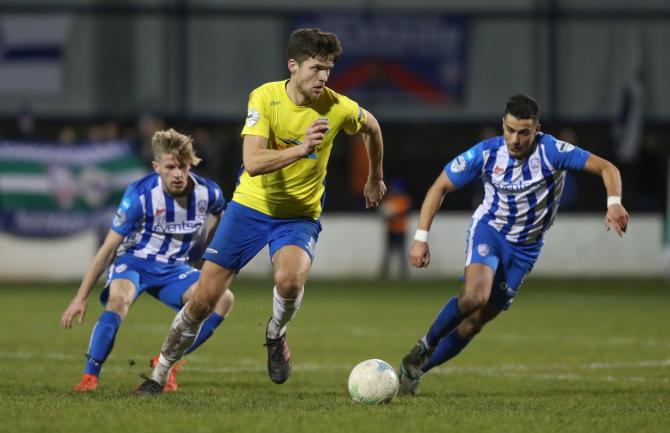 Coleraine and Ballymena Utd will meet on the opening day of the new season.

COLERAINE will host derby rivals Ballymena Utd on the opening day of the new Danske Bank Premiership season which is due to kick off on Saturday October 17.

The following week, it's a trip to Shamrock Park and a meeting with Matthew Tipton's newly promoted Portadown side before a home game against Glentoran on October 31.

Coleraine will face Linfield on the Ballycastle Road on November 14, with Oran Kearney's men away to Ballymena United on Boxing Day, before hosting Carrick Rangers on January 2.

The Stripes will be at home to Crusaders, home to Glentoran and away to Ballymena United in the final three fixtures before the split.

Following a request from Premiership clubs, the structure of the new Premiership season will remain unchanged with 38 league games scheduled which includes the league ‘split’ for the final five fixtures.

The post-split season will commence on Saturday April 30 with the final round of fixtures for the 2020/21 Danske Bank Premiership season taking place on Saturday May 22.

The return of supporters to Premiership stadiums remains a priority for the NI Football League and member clubs with discussions ongoing between key stakeholders including, government departments, local authorities and other sporting bodies

Supporters should note that games may be subject to change for broadcasting purposes.

More on this story in Tuesday's paper...