Tensions high in chamber as Paisley dinner comes back into spotlight 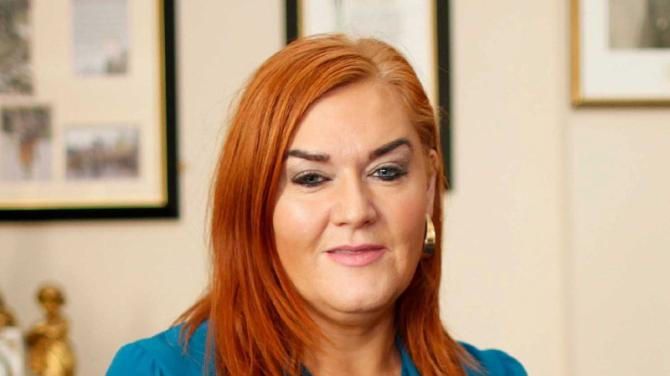 THE ongoing saga of Mid and East Antrim Council’s financial involvement in a dinner arranged by North Antrim MP Ian Paisley is back in the headlines.

Tensions threatened to reach boiling point in the Council Chamber at a special meeting called to further discuss the issue.

It was requested by the Alliance Party with the backing of other political groupings to ‘ask for clarity’ on the situation.

It took place at 9.30am this morning.

The dinner in question was held at Tullyglass Hotel back in 2017. Senior Conservative Michael Gove was speaker.

The DUP MP was fined £1,300 by the Electoral Commission last month over breaches in finance rules related to the fundraising dinner at which the council took a table. The commission ruled it was a political donation, which public bodies are not permitted to do.

Last year the Audit Office ruled that council had broken its own rules in spending ratepayers’ money on the event because it had breached its spending limit of £500.

After that council simply removed its spending limit.

After an Alliance bid to ask public questions of Chief Executive Anne Donaghy (pictured) was refused under standing orders , Alliance councillor Patricia O’Lynn then proposed a vote to set aside the rules.

But Mayor, Cllr. Peter Johnston hit back saying that if that request was passed he would refuse to chair the meeting. Earlier he had referred to the meeting as ‘ political point-scoring’.

And he added that in such circumstances he would ask council officers to step down from the meeting too.

Ms O’Lynn subsequently withdrew her proposal and the meeting moved on to discussion of a motion from her Alliance party colleague Geraldine Mulvenna which called for clarity on what had happened in relation to the dinner payment.

The motion also advocated that the Audit Office be asked to to investigate how authorisation had been given for the money to be sent to Mr Paisley and proposed that the spending limit be reimposed.

She maintained she had not spoken to the commission and contended that councillors’ questions were wrongly directed to her.

Responding, Councillor Mulvenna said that council had been brought into disrepute due to the dinner.

With tensions rising in the chamber, Councillor O’Lynn said the Chief Executive should show respect to the members of the council by ‘answering reasonable questions in full’.

Cllr. O’Lynn said that further denials that the council had donated money to what amounted to a political fundraiser would be a farce.

She said that in 2017 the chief executive had placed Mr Paisley’s dinner on the agenda as an “agri-food business event” and that after the event when questions were asked the then mayor Paul Reid had “screamed down” those who questioned the event - which he attended.

She said  alarm bells should have sounded when Mr Paisley requested that the money should be sent as a cheque to his constituency office. She argued it was 'blatantly obvious' that this was a political event.

She asked Ms Donaghy if she was “so keen to attend this event that your judgement may have been clouded”.

Bannside TUV councillor Timothy Gaston said that there had been a long standing lack of transparency from the council over the payment and the event.

Cllr. Gaston said that he had received more information from the audit office than from the council chamber.

But he added that he did not intend to take any further action “at this stage” however, he asked Ms Donaghy “to be honest with the chamber”.

Sinn Féin’s James McKeown focused his attention on the North Antrim MP who, he claimed had dropped the council ‘in it’.

Eugene Reid (SDLP) said there was a need for the questions to be answered “in an honest and transparent fashion”.

But the DUP’s Greg McKeen contended that Ian Paisley had run the event in good faith.  He added that no other cabinet ministers had been available to council in such a way before.

He said this was ‘very positive’ before calling for a line to be drawn under the matter.

Addressing the meeting, Anne Donaghy said there had been a ‘lot of misrepresentation spoken in the chamber’.

She stressed she would answer all the questions later ‘in writing’.

She said:“ I totally refute some of the things that have been said here today. I carry out this job with all of my energy and I do the best I can for this council. I have to say when people are calling into question my integrity and in fact making allegations of my conduct, I hold the right to come back on that”.

She said that “honesty, integrity and passion”were central to her role as Chief Executive.

The Alliance motion was defeated 18-7. Seven councillors abstained with several saying they were taking this position until they could get answers to the questions posed Ms Donaghy.