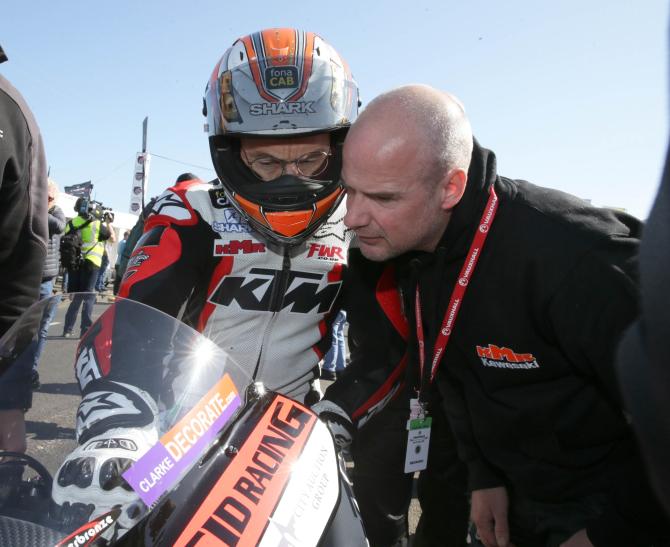 LEGENDARY road racer Ryan Farquhar is one of a number of local sporting personalities to be recognised in the Queen's Birthday Honours List.

The Dungannon man, a familiar face at the International North West 200, was awarded the British Empire Medal (BEM) 'For Services to Motorcycle Racing.'

Aged 44, Farquhar has enjoyed plenty of success, both as a rider and more latterly as a team boss, on the north coast.

However, he has also experienced the down side of the sport, suffering serious injuries in a crash at the North West in 2016.

That prompted him to become more involved in the team manager side of the sport which he enjoys to this day.

Keeping with the sport, Norman Crooks, Race Secretary of the Cookstown and District Motorcycle Club, has also been awarded the BEM for Services to Motorcycle Racing.

Barbara Cameron, manager of the Ireland International Ladies' Outdoor Bowls Team, is another to be awarded the BEM - for 'Services to Lawn Bowls in Northern Ireland.'

Veteran BBC NI commentator Jim Neilly is awarded the MBE 'For Services to Sports Broadcasting and Charity in Northern Ireland' following a lifetime of service with the corporation.

A World Cup finals referee and now a Technical Instructor with FIFA and UEFA, he receives his award 'For Services to Association Football.'

And Kenny Bruce, the high profile owner of Larne FC, also recives an MBE 'For Services to Charity and the Community in Larne.'