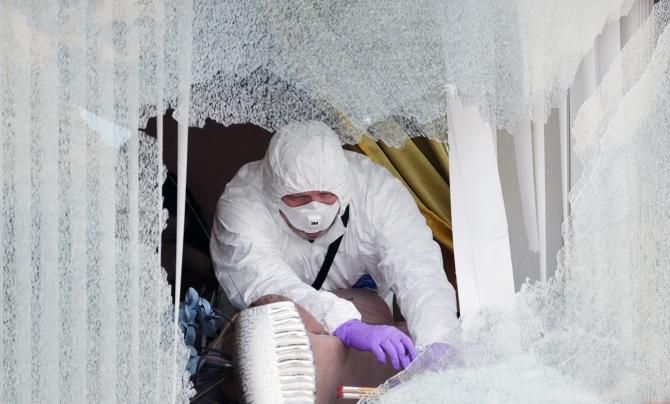 DETECTIVES from the Police Service of Northern Ireland’s Major Investigation Team continues to investigate the shooting of a 61-year-old woman in her home on Bushmills Road, Coleraine, on Monday October 5.

Shortly before midnight a number of shots were fired at the front and rear of the property. The woman was struck in the head by one of the bullets. She remains in hospital where she is fighting for her life.

Detective Chief Inspector John Caldwell, from the Major Investigation Team said: “Our investigation is continuing to identify those who carried out this vile and callous attack.

“Shortly before midnight on Monday October 5, police received reports of a number of shots being fired in the Bushmills Road area of Coleraine.

“Upon investigation it was discovered that multiple shots had been fired at the front and back of the house and at least one of these bullets struck the victim’s head.

"The gunmen fired through numerous windows indiscriminately not knowing where the lethal bullets would end up. This clearly highlights the blatant disregard these criminal gangs have for their own community.

“I believe that three or more men were responsible for this callous attack and also that there may be two different types of weapons used. I am today appealing again to local people to bring information to the police in order to stop these people from causing further harm in this community.

“I am keen to hear from anyone who saw a group of men, wearing hooded tops and light coloured clothes, who were seen shortly before the attempted murder running across Bushmills Road from a laneway leading from Millburn. Three men were then seen walking and running up a lane behind the Bushmills Road house.

“Anyone who was in the Bushmills Road area of Coleraine on the night of Monday, 5 October and who noticed anything that could assist the investigation, or anyone with any other information is asked to contact the Major Investigation Team by calling 101, quoting reference 2174 05/10/20.

“I would appeal for support from the public in helping to bring these violent men to justice by bringing us information which we can turn into evidence. You can do this online using our non-emergency reporting form via http://www.psni.police.uk/makeareport/ or by contacting Crimestoppers anonymously on 0800 555 111 or online at http://crimestoppers-uk.org/."