The moves are among a number of rules expected to be announced in the assembly at 10:30 BST 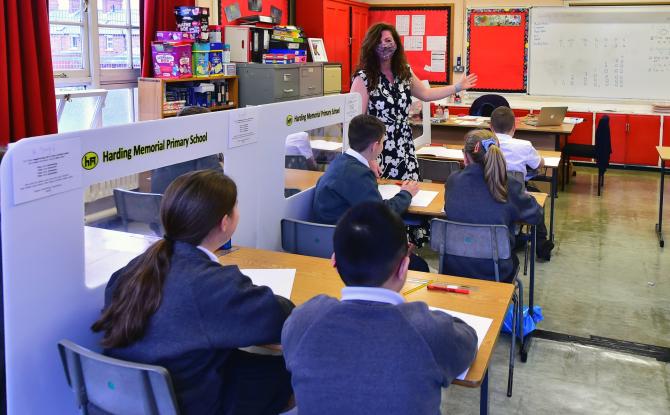 Schools are expected to close from Monday.

A NUMBER of new restrictions are expected to be introduced in Northern Ireland later this morning (Wednesday).

Schools are to close from Monday while hospitality businesses face tighter new guidelines.

It is understood the executive has agreed that schools will close for two weeks, including the half-term holiday, until Monday November 2, at which time a review of the impact of closure will occur.

In addition, it is believed ministers have agreed to the closure of the hospitality sector, apart from deliveries and takeaways while fast food and takeaway premises will have to close at 11pm.

Other measures include no indoor sport of any kind, gyms can open but only for individual training and off licences and supermarkets unable to sell alcohol after 8pm.

On Tuesday seven more coronavirus-related deaths have been recorded by the Department of Health in Northern Ireland.

Another 863 cases of the virus were also reported by the department, bringing Northern Ireland's total to 21,898 - more than a quarter of which have been recorded in the past seven days.

More on this story as it develops...