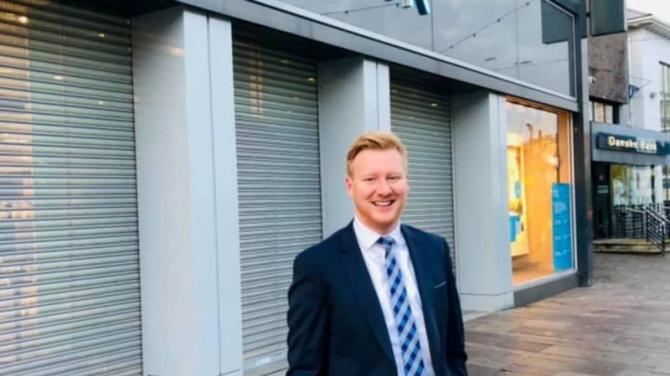 A LOCAL MLA has revealed that discussions are underway with fashion retailer Primark to bring an outlet to the town.

Mr McCrossan said it was "early days" but that the opening of a new store in Strabane by Primark would be a massive investment for the town centre and a huge boost to the retail scene.

While the company has given no firm commitment to setting up in the town, it's understood the Irish retailer, which opened in Omagh in 2015, has agreed to assess the potential.

Mr McCrossan said he was delighted to meet with representatives of the company via Zoom to press the case for expanding into the border town.

He said such a major investor like Primark would not only create footfall in the town but it would also bring job opportunities.

"We discussed Strabane town centre and put a proposal to Primark to consider Strabane as a part of their expansion and investment plans," he said.

"Primark in Strabane town centre would be a huge addition and key anchor tenant which would create jobs, attract considerable footfall, attract further investment and bring life back to this great town.

"We also discussed and thanked Primark for their investment in Omagh."

He added: "The SDLP support our town centres and in West Tyrone have been proactively working to attract new anchor tenants and investment to towns like Strabane.

"We appreciate Primark's time. It's early days but we will be furthering discussions to progress this proposal."

Similarly, councillor Edwards believes Primark would be a huge draw to the town for shoppers.

He said that as well as supporting local businesses, it's also important to look at ways at enhancing the offerings of town town centres.

"At the moment shoppers are having to travel to Derry, Omagh or Letterkenny but having a store here in Strabane would be a big incentive for people to shop locally," he added.